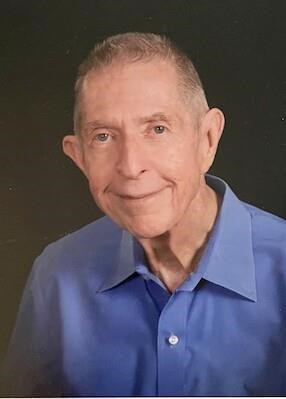 Sparks - Celebrating the Life of a Man Who Made a Difference

John Albert Cron was born on October 30, 1931 and was adopted by Dorothy and Harold Cron 26 days later. He was an only child who spent his most formative years in Grass Valley. At age 10 his parents bought him a horse to ride to school. After the 1st day he came home and asked his parents to return the horse and buy him a piano instead! He fell in love with classical piano and classical music in general. He also learned to play the organ. He served as the youth organist at the United Methodist Church of Grass Valley.

He was predeceased by his parents Dorothy and Harold and survived by his wife, Celeste, sons Randy (Gina) and Kurt (Heather), granddaughter Jessica (Desirae), and grandsons Matthew and Michael. He was very proud of his sons and grandchildren and all that they have accomplished. In addition, John and Celeste self-adopted the following grandchildren: Halen, for whom Randy and Gina are guardians; Henry, Jessica's brother; Dayla; and Jak'qe, mother of our self-adopted great-granddaughter, Ariel. He loved them all.

His family was the most important part of his varied careers and responsibilities in the communities in which he lived. Nonetheless, John donated a large amount of time to help various charities, educational organizations, and other agencies.

In 1962 John did not complete his teaching certification at this time as he was asked to be part of a team going to Liberia, West Africa for 2 years as part of a 10-year project. He became the Administrative Manager of the project. It was here in Liberia that he met Celeste. She was on the project as the curriculum consultant. They got married in Liberia and honeymooned in Rio de Janeiro.

After returning to the United States, John and Celeste settled in San Mateo County, California and raised their 2 sons, Randy and Kurt, and John started his reputation as a man who made a difference.

At this time in San Francisco, John, a man with a vision, was also on the Board of Directors of the Music and Art Institute of San Francisco. Upon the death of the institute's founder, Ross McKee, the Board of Directors under John's leadership decided to close the small school and create a piano-focused foundation. He wrote the by-laws and articles of incorporation, and ran the organization for more than 20 years. They provide grants to various bay area orchestras and organizations to acquire first-rate pianists from around the world to play. In addition, and even more worthy, John proposed they create a 7-county piano competition for young people. This competition is still held annually and is the premier piano competition in Northern California.

In San Mateo County California, after obtaining his high school teaching certification, he started teaching at The College of San Mateo in the business division, and also was an academic counselor. As an academic counselor he was a man who made a difference. He was so respected and loved by his business counselees that they kept bringing friends who were having problems, and before you knew it John had over 200 counselees, still taught business admin, and worked on department business.

The year John and Celeste moved to Davis California; Celeste attended a Soroptimist meeting in which the speaker talked about Davis' CASA program. CASA is a nationwide program providing adults who are like surrogates to children in guardianship by the county. They represent the child in the courtroom during their tenure with the child or children. When Celeste got home, she showed John the brochure and told him she was going to take the 40 hours of training and become a CASA. Without hesitating, he said he wanted to do it also.

John had an outstanding record in care for his many children whom he served and was recognized for outstanding service and longevity by CASA as well as the lawyers Association of Yolo County. He helped in the formation of a new program that serviced CASA kids at risk because of drug use. Not only was he a principle in the formation of the support group, but through a grant from one of the judges he led in the established the Yolo Children's Fund which donates money to CASAs, attorneys, and social workers to buy items that will help the children in their recovery such as special activities, bicycles, summer camp or classes, attending sport events, etc.

While in Davis, UC Davis was in the process of building the now famous Mondavi performing Arts Center. John got involved early on in the opening of the theatre. He helped the early opening of the Mondavi center by taking over the leadership in creating the usher program and leading the program for a number of years.

He also helped the university's resident pianist, Lara Downes establish a non-profit organization to get pianos in every high school in California.

John, your family loves you and misses you. On their behalf, thank you for being you. Now is the time for a man who made a difference to have rest and peace.

Published by The Reno Gazette Journal and Lyon County News Leader from Jul. 2 to Jul. 4, 2021.
To plant trees in memory, please visit the Sympathy Store.
MEMORIAL EVENTS
To offer your sympathy during this difficult time, you can now have memorial trees planted in a National Forest in memory of your loved one.
Funeral services provided by:
Walton's Funerals & Cremations - Sparks
MAKE A DONATION
MEMORIES & CONDOLENCES
Sponsored by Walton's Funerals & Cremations - Sparks.
0 Entries
Be the first to post a memory or condolences.