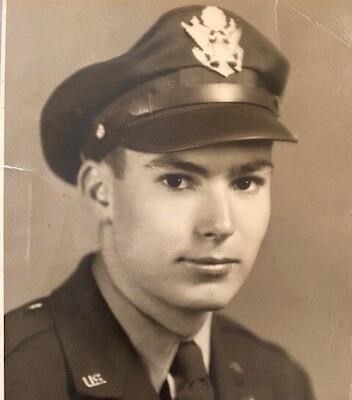 Reno - John Milton Gomes of Reno, Nevada, passed away on June 15, 2021. He died at home, surrounded by the love of his family.

John was born in Oakland, California on May 14,1925 to George and Agnes Gomes. His sister, Geraldine was born 2 years later and lived until she was 12 years old. Her passing was very difficult for the family and they continued to live in Oakland where John attended school. At 17, John had his mother sign his enlistment papers so he could enter the Army Air Corps, the branch of service with the highest casualty rate. He did not see action in WWII, but not for lack of trying. He was preparing to deploy to the Pacific when the war ended.

John attended the University of Nevada, Reno on the GI bill. He graduated from the Mackay School of Mines with a degree in metallurgical science.

After graduating, John worked in mines in California, Nevada, Idaho and Peru. While working as the assayist of the Scheelite mine, he met Nancy Sullivan Trainor with her two young boys, Terry and Larry. Nancy and John married in 1957 and moved to Reno. John became father to these 2 wonderful boys and then in 1958 John and Nancy had their daughter Mary Ann.

John found work at the US Bureau of Mines. During his 35 years career there, he developed over 100 patents and earned the reputation as one of the greatest experts in mid-century Great Basin mining. During this time, he also served on the Washoe County Sewer Board and was an active supporter of Nancy in her political endeavors. He especially loved entertaining and welcoming friends to his home with Ramos Fizzes during hundreds of political and social gatherings.

John was a brilliant DIYer, and loved tinkering around the house. Some of his famous exploits included creating the map of Nevada in concrete in the backyard, building Lake John, and inventing a semi-successful solar water heater out of black PVC pipe which he set up on the roof of the house. He also found a love of gardening, growing large and thriving trees which yielded apples, peaches, and cherries for the pies he learned to bake. And who could forget John's waffles. On every holiday or special Sunday John would wake early and station himself at his ancient waffle iron, churning out delicious waffles for the family.

John remained athletic into his 90's. He was a swimmer and an avid walker, participating several years in the SF Bay To Breakers Race, clothed. He loved to golf too.

After Nancy passed from cancer, John found a new love with Gloria Cervantes Thompson. They married in 1981 and spent 40 years together, leading a life full of joy, travel, friends, and family. They took their first international trip when John worked as a consultant in British Columbia, giving him and Gloria the opportunity to travel in Canada which they greatly enjoyed. Over the years they traveled extensively to Mexico, South America, and Europe, and also explored many corners of the USA while visiting with family and friends. They were the perfect walking match, racking up hundreds of miles over the years. When Gloria took up golfing they both worked on their game and John had to admit that Gloria was the better golfer.

John's family grew when he married Gloria. He gained a new daughter, Delores Meyers, a granddaughter, Trisha Geppert, and 2 great grandsons, Wesley and Brayden. Their circle of friends continued to grow over the years and both of them were grateful for the meaningful relationships they developed.

The most important thing to John was the connections he had among his large family. This began with the joining up with the Hollingsworth & Sullivan clan. He was a loving and supportive son-in-law with Grandma Ruth Sullivan and he helped his father-in-law Gene Sullivan whenever he could. He loved talking about mining laws with his brother in law Edgar Hollingsworth and listening to stories from his other brother in laws Kenny Cervantes, Eugene Sullivan, and Terry Sullivan. Additionally, he cultivated special relationships within Gloria's family which includes Lorraine Reeves, Delores Andrade, Kevin Reeves and his wife Ann. He loved that his family grew and was delighted and proud of his grandchildren and many nieces and nephews.

John was buried in Mountain View Cemetery in Reno. He will be deeply missed. May his memory be for a blessing. 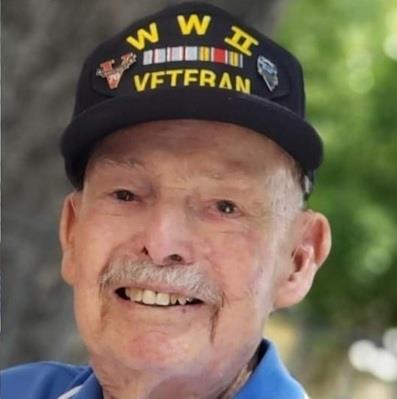 Published by The Reno Gazette Journal and Lyon County News Leader from Jul. 6 to Jul. 11, 2021.
To plant trees in memory, please visit the Sympathy Store.
MEMORIAL EVENTS
To offer your sympathy during this difficult time, you can now have memorial trees planted in a National Forest in memory of your loved one.
MAKE A DONATION
MEMORIES & CONDOLENCES
1 Entry
Dearest Gloria and Family, I am so sorry to hear of John´ s passing. I only met him a couple of times and found him to be so kind and loving. You spent many years together with beautiful memories that will live in your hearts forever. Please accept my deepest condolences and know I am thinking of you with love. Wishing that God´s peace and blessings wash over each of you. Much Love, Janine
Janine Hicks Robinson
Friend
July 15, 2021
Showing 1 - 1 of 1 results