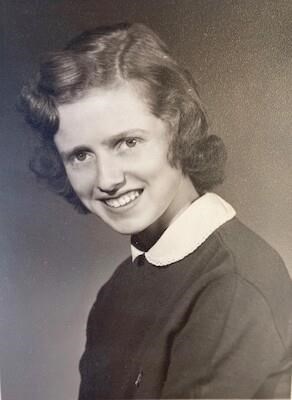 As a young girl she lived on the Double Diamond Ranch, while her father was a Rancher to Wilber May for many years. She attended Reno High School and was involved in many clubs and sports from basketball, volleyball, to baseball. During that time she also met the love of her life, Frank Shaw Stewart, and all was history from there. They married on August 20, 1955 and soon after she became a mother of 5 children Susan, Linda, Stephanie, Laura and David. She was a devoted military wife and mother through three tours of Korea, Vietnam and many moves and travel through the United States Army.

Sue and Frank finally settled their lives in Winnemucca, NV for many years and during her semi retirement she ended up working at Lowry High-school as a teachers aid to the special education class. She loved working with the kids and maintained special relationships for years with them after fully retiring. She was also apart of the Winnemucca "Red Hat Society" where she dressed up, participated in fun events, and made so many close friends and connections that she deeply cherished. When her husband Frank passed in 2003 she ended up moving to Sparks, NV to be closer to all her kids. She also got to spend a lot of loving time with her fourth generation great granddaughter, Evelyn and puppy companion Wilson, which she thoroughly loved and enjoyed.

A private burial with close family will ensue at a later date. In lieu of flowers or donations please consider the American Cancer Society.


Published by The Reno Gazette Journal and Lyon County News Leader from Jun. 26 to Jul. 4, 2021.
To plant trees in memory, please visit the Sympathy Store.
MEMORIAL EVENTS
To offer your sympathy during this difficult time, you can now have memorial trees planted in a National Forest in memory of your loved one.
MAKE A DONATION
Please consider a donation as requested by the family.
MEMORIES & CONDOLENCES
11 Entries
I love you grandma. I am thankful for the time we spent and learning about how you and grandpa met. You have always been special to me and I know you felt the same way. I hope you are at peace and I will see you soon!!!!
Samantha
Family
August 8, 2021 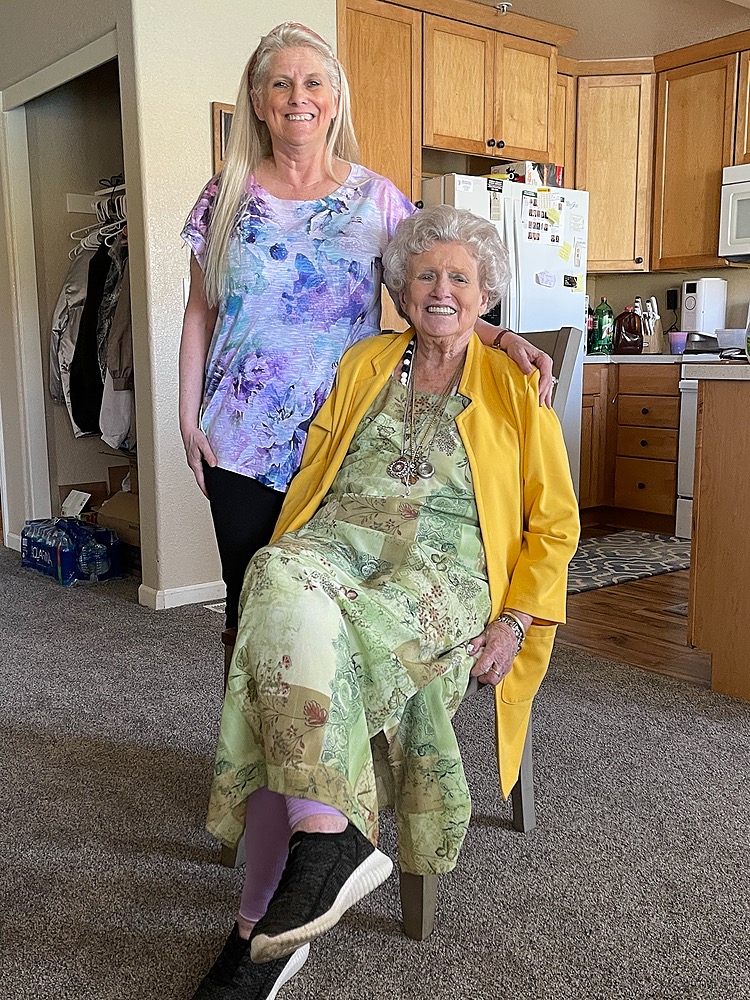 Mom it´s been six weeks since God took you to be one of his angels. We miss you so much. I miss my nightly phone calls around 7. Bringing you Starbucks, our conversations, cleaning the condo, spending time on the patio, taking you to all your Dr´s appointments, taking you to get your hair done, your hugs, advice, and un relenting support. Most of all we just miss you being here terribly. Love you mom
Laura Marshall
Family
August 1, 2021
So sorry to learn that my long time neighbor across Foothill Drive on Offenhauser here in Winnemucca has gone to join Frank and their Lord. It was my intention to stay in touch with her after she left Winnemucca but I misplaced her contact information. I'm glad she was happy and well loved and cared for while staying with her loved ones these past 11 years. I love her nickname "Sweet Sue" because she truly was. God Bless you Susan.
Kim Stanley Craig
Friend
July 11, 2021 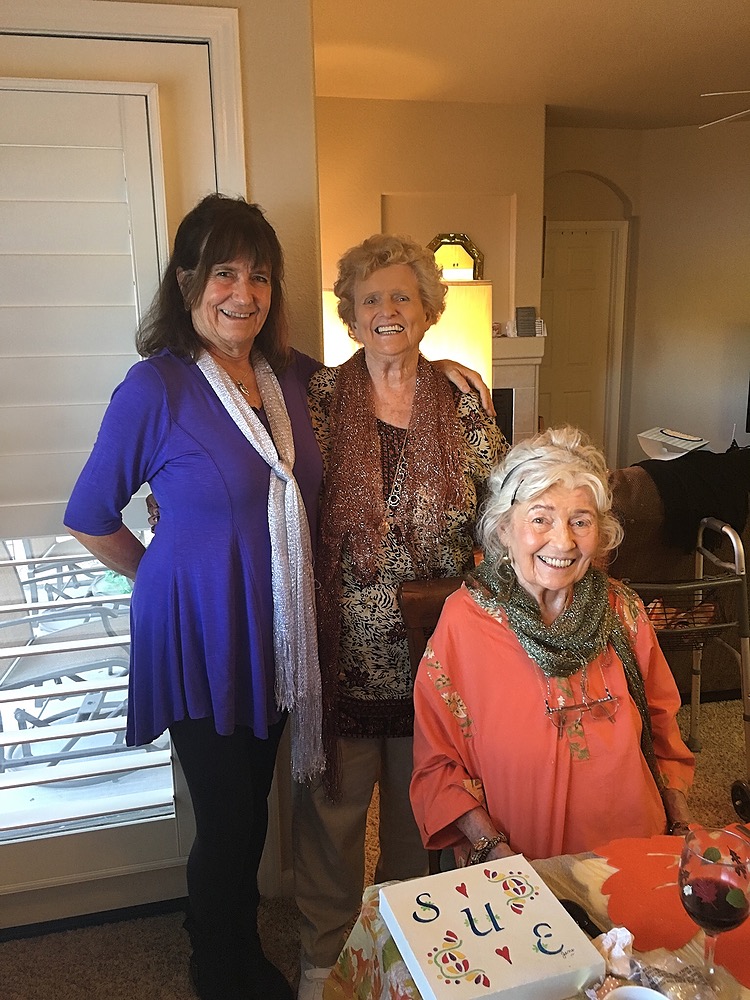 To all of my dear cousins and your families - I am so saddened and sorry for the loss of your wonderful mother. She was such a unique and special person. I treasure all of the memories I have of her. She always showed up with a smile, hugs,and thoughtful gifts for everyone. She was with my family during some very difficult times and she always made us laugh and feel better. I know she is with her sister, my mom, and they will have such a wonderful reunion! She was a very special aunt. I loved knowing her and having her in my life for so many years. When I picture her in my mind, I see her beautiful smile and adorable dimples :)
Molly Spencer
Family
July 7, 2021
To the family of Sue Stewart Please accept my sincere condolences on the passing of your beloved mother and grandmother. May she rest in peace.
Susan Lynn Stewart
July 6, 2021 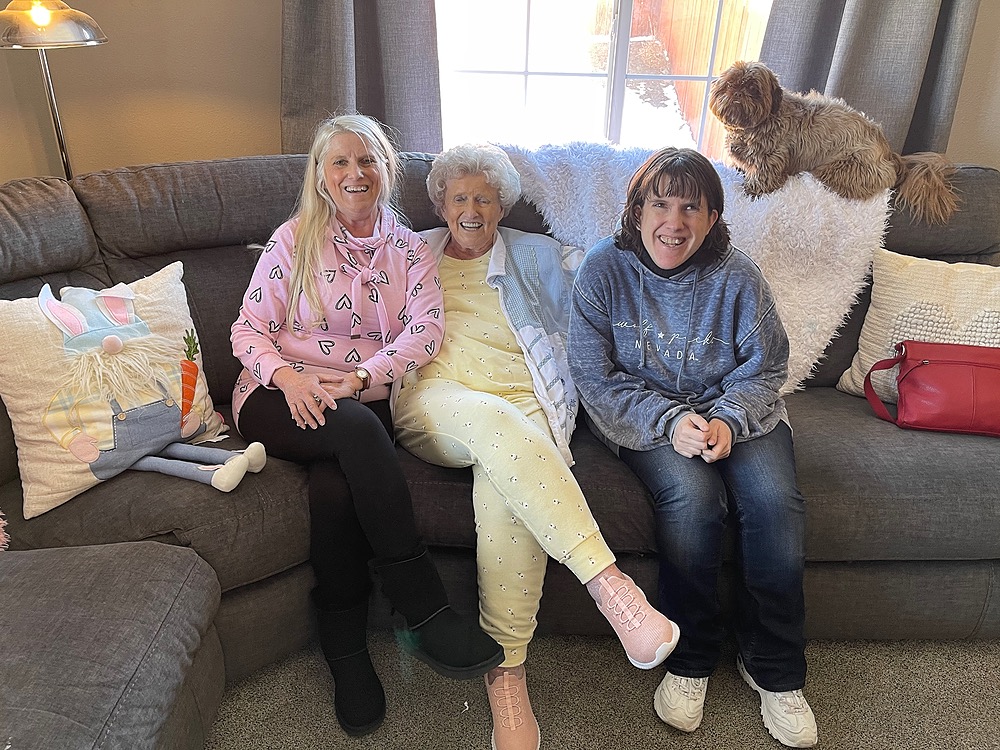 I love you Grandma. Thank you for being so sweet to me.
Amber Marshall
Family
July 6, 2021
Momm I miss you so much
Stephanie Kelley
Family
July 2, 2021
Grandma, It was just wonderful getting to know you for the last 10 years and I´m happy you got to see Liz and I grow as a couple, and into a family. I´m going to miss your phone calls, and witty personality so much. Thank you for all the best memories Grandma, we all love and miss you so much.
Sean
Family
July 2, 2021
To the Stewart Family, I am so sorry to hear about your Mother. What a kind, generous and loving lady. Your Mom and our Mom were friends nearly all their lives and her support for our Mother will always be remembered.
Jerry Lazzari
June 30, 2021
I miss you so much already Grandma. My days aren´t the same without you from the many summers spent with you and Grandpa in Winnemucca. Evelyn, Wilson and I coming over to the condo after many Starbucks runs for your favorite drinks and egg bites, lunch, our many talks, reading Evelyn books, and Wilson sleeping next to you while I completed my tasks at the condo. I miss your advice, your smile, text messages and our nightly phone calls. I know you´re in a better place with Grandpa, but I sure wish I could get one more of your hugs. I planted a purple rose bush with your bunny and rock in your memory. I love you so much. Fly high with Grandpa "Sweet Sue" .
Elizabeth Koester
Family
June 29, 2021
Miss you mom so much. Love you. Rest In Peace and comfort with dad
Laura Marshall
Family
June 29, 2021
Showing 1 - 11 of 11 results