William (Bill or Andy to friends and family) graduated from Hamilton High School in 1953. He attended the University of Washington for 2 years before enlisting in the Air Force and serving as a fighter pilot for 10 years. After leaving the Air Force he took a job at American Airlines, where he flew for 30 years before retiring in 1995.

He met his wife Sharon Darlene Kaa (Darby) who also worked for American - they married on July 11, 1973 in Las Vegas, NV and would share more than 35 years together. In March of 1977 they welcomed the arrival of their daughters, Kirsten and Kelly, followed in 1981 by their son, Kevin. In 1992 the family moved from Los Angeles to Reno, NV where Bill would live for the next 21 years.

He was preceded by his wife Sharon Darlene Kaa in 2009 to breast cancer, and is survived by his brother Charles Buford Kaa Jr. (Bud) and niece Kathleen, daughters Kirsten & Kelly and his son Kevin, as well as his grandchildren Brooklyn Kaa and Austin Rominger.

A memorial reception will be held Sunday the 9th from 3-5pm at the NW Reno Squeeze In at 5020 Las Brisas Blvd. to celebrate Bill's life. In lieu of flowers the family requests that donations be made to The Susan G. Komen Breast Cancer Research Foundation at www.komen.org.

Published by The Reno Gazette Journal and Lyon County News Leader on Jun. 5, 2013.
To plant trees in memory, please visit the Sympathy Store.
MEMORIAL EVENTS
To offer your sympathy during this difficult time, you can now have memorial trees planted in a National Forest in memory of your loved one.
MAKE A DONATION
MEMORIES & CONDOLENCES
10 Entries
May God bless you and your family in this time of sorrow. Bill was a golf buddy and good friend
We shared many fun times.
James R Nugent
Friend
May 30, 2021
My wife and I knew Bill well at AAL. Nettie flew with Darby as a stewardess at LAX & Bill when he was a FO. A real toop-notch guy
Bob Krueger
June 19, 2013
Bill and I were Aviation Cadets together, in the same F-104 Sqdn at Geroge and roomates in initial training at American. We went down many roads together. Godspeed Bill!..Keith Davey
June 15, 2013
Always enjoyed speaking with Bill in LAX ops. He was a true gentleman. RIP
Dick Kelso
June 12, 2013
I knew Andy through his niece, Kathleen and knew how much he meant to her.
anthony bonifazio
June 8, 2013 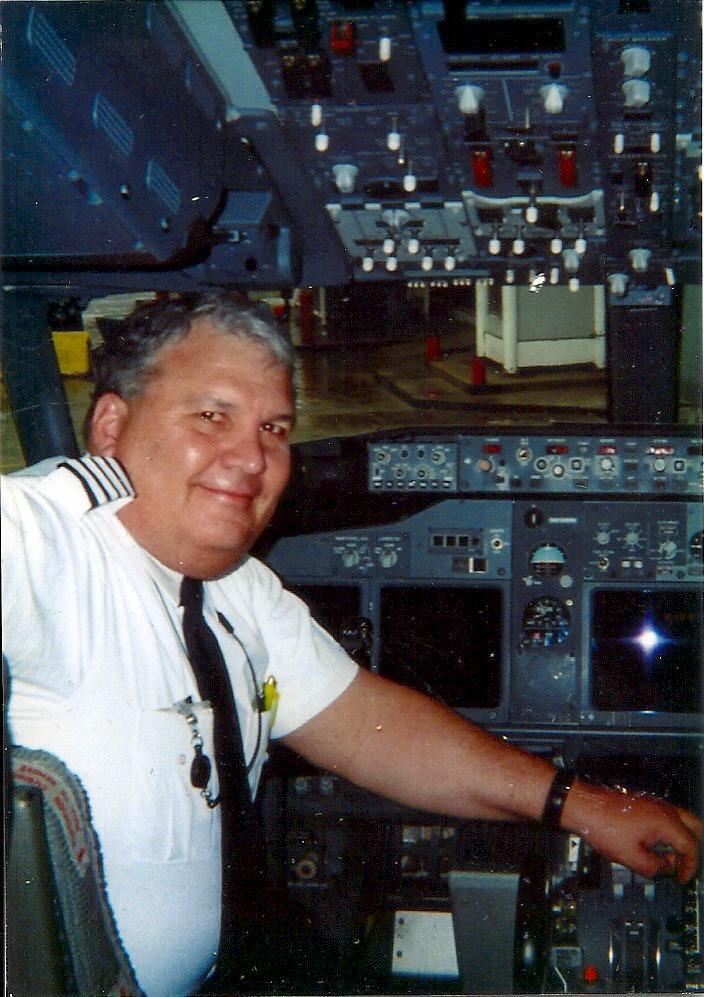 I flew with Bill at American Airlines....an outstanding man and Captain. Bill, it was a pleasure you being a part of my life.....God speed, on your flight west. you are in my thoughts and prayers......
Tom Marvel
June 8, 2013
Bill & Darby were neighbors and great friends and will be missed. Its was always great to see Bills face and voice at golf,sports and that big fish he got in the boat. You all can be very proud of your mother and father. Tom Gabelman LaQuinta, Ca.
June 5, 2013
Bill was a great friend who was always there for us when we needed support. He was a great golf buddy. We will miss him greatly. We shared a lot of sea stories as we were both at Danang at the same time, he in fighters and I in helicopters.
Jim Nugent
June 5, 2013
Bill & Darby were good friends of ours for a long time. Bill was aways happy to join us on Thursday nights at Bully's for their prime rib special. A fun golfer and a helpful friend who drove us to and from the airport many times. We will miss his company so much.
Norma & Jim Nugent
June 5, 2013
We will miss Bill so much. A good friend. Always willing to join us at Bully's for a Thursday night special of prime rib. Helpful and funny. Loved to golf.
norma & Jim Nugent
June 5, 2013
Showing 1 - 10 of 10 results