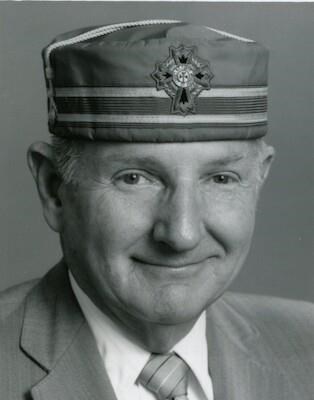 Granite Falls, NC - William Richard "Bill" Spahr, 95, formerly of Reno, NV, went to the Lord on October 14, 2020, at Hickory Falls Health & Rehabilitation Center. He was born in Marion, IN, on January 23, 1925, to Oliver Monroe and Kathryne Elizabeth (Bourke) Spahr. A 1942 graduate of Fairmount High School, he enlisted that same year in the United States Navy. Bill was a veteran of both WWII and the Korean War, and early on he learned to fly and maintain the OS2U "Kingfisher" as a Plane Captain for Scout Observation Service Unit (SOSU) 3, Alameda Naval Air Station, CA. His follow-on assignments fixing and maintaining helicopters -- a relatively new technology at the time -- took him all over the Pacific theater, and he subsequently transferred into the US Air Force to do the same for that service in 1956. He retired in 1963 with the rank of Technical Sergeant at Stead AFB, NV, and thereafter went to work for the US Postal Service in Reno, where he served as a longtime chapter president of the American Postal Workers Union (APWU), Local 936. He retired from the USPS as a supervisor after 17 years and then went to work for the Washoe County School District where, after 10 years of crisscrossing the county delivering mail and other essentials, he retired a third time and proudly became a "triple-dipper".

Always generous with his time off, Bill was once even honored in Japan for his volunteerism at orphanages and aid to the disabled. Additionally, he served as Cubmaster for Pack 152 and as a Committee Member for Troop 152, both BSA units in Reno, as well as president of the Japanese American Citizens League Reno chapter. Perhaps most significantly he was a Thirty-third Degree (33°) Inspector General Honorary Mason and member of the Ancient and Accepted Scottish Rite of Freemasonry, Past Worshipful Master of Pyramid Lodge No. 43 F&AM, advisor to Rainbow Girls Pyramid Assembly No. 20, and Past Worthy Patron of Rose Chapter No. 27, OES. Bill was exceptionally proud of his service in 1992-93 as Worthy Grand Patron of Nevada when he and his dear friend and Worthy Grand Matron, Jerrie Lee Perkins of Fallon, traveled all over the state and elsewhere visiting chapters. They had the time of their lives and made many joyful OES memories.

An avid fisherman and gardener, Bill also enjoyed hunting, wood carving, reading, writing "Cowboy" poetry and all manner of assorted verse, and most importantly helping those in need. Having grown up during the Great Depression (which he liked to joke "was not all that great"), he learned how to be a good neighbor, work hard on farms at an early age, and -- notably -- how to fix just about anything. Truly he was a member of that "Greatest Generation".

Due to current public health concerns, the family has deferred funeral services and will instead present a celebration of his life on what would have been his 96th birthday. This online memorial will take place on Saturday, January 23, 2021, at 4pm Pacific Time (7pm Eastern), so please mark your calendars, send your email addresses to [email protected] with Subject line "Bill Spahr Memorial", and you will be sent an invitation with instructions on how best to attend. In the meantime, condolences and memories may be shared online at https://www.bass-smithfuneralhome.com/obituaries/William-Richard-Bill-Spahr?obId=18668120#/celebrationWall. Please make any memorial donations in his name to the animal rescue foundation of your choice.

Dad, we hope there's ice cream in Heaven, too. Sorry you missed seeing "your" Braves play in the National League Championship Series, yet watching them blow their lead probably would have killed you anyhow! 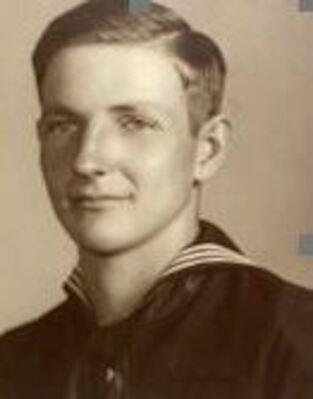 Published by The Reno Gazette Journal and Lyon County News Leader from Oct. 20, 2020 to Jan. 18, 2021.
To plant trees in memory, please visit the Sympathy Store.
MEMORIAL EVENTS
To offer your sympathy during this difficult time, you can now have memorial trees planted in a National Forest in memory of your loved one.
Funeral services provided by:
Bass-Smith Granite Funeral Service
MEMORIES & CONDOLENCES
Sponsored by Bass-Smith Granite Funeral Service.
7 Entries 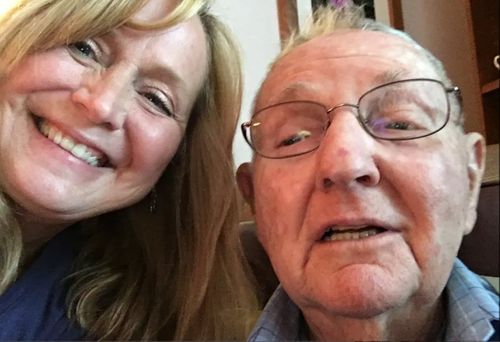 My Uncle Bill gave the best hugs!! He always made me feel special! I love this “Selfie” of he and I! He always could put a smile on my face! I always enjoyed hearing of his travels, but my favorite thing about him was that he could do almost anything ... except take a “selfie” which is why I was laughing at that moment! You will be forever in my heart, Uncle Bill!
Stephanie Millspaugh
Family
December 24, 2020
My Uncle Bill!!! What can I say about an Uncle was always my hero! His big bear hugs, they were so long, he would shake me from side to side, full of love, laughter, such pleasure in seeing you again. That smile that made his face and eyes light up . Anyone who ever met him would want to know him, he loved people, loved life! He made you laugh at his stories. You might not always get the punch line, but he got such joy telling them, you couldn’t help but laugh with him. Never made it thru his poems, stories of life without smiling! Someone mentioned his name or a thought of him Made my heart smile! I have so many memories! I know the meaning of a giant among men. He didn’t have a mean bone in his body, no pretense of being better than anyone. What you saw was what you got! He has left a legacy that will be hard to follow, but if you know his pride and joy in this world, John, Mieko, Gordon and Owen then you know he lives on in all of us! Some of my favorite pictures, my first trip toNv, one of his favorite hobies, dreaming of his next project, the last photo with his SIS, and baby brother Don, he flew to Indiana to install me as Worthy Matron, so proud to stand next to this man! With so much sadness that I won’t get anymore hugs, kisses, or smiles! But so much love, happiness to have had you in my life! What a privilege and honor it has been to have been loved by you! You will always be in my ♥ Thank you for being just you!
Jeanie Warren Kirby
November 12, 2020 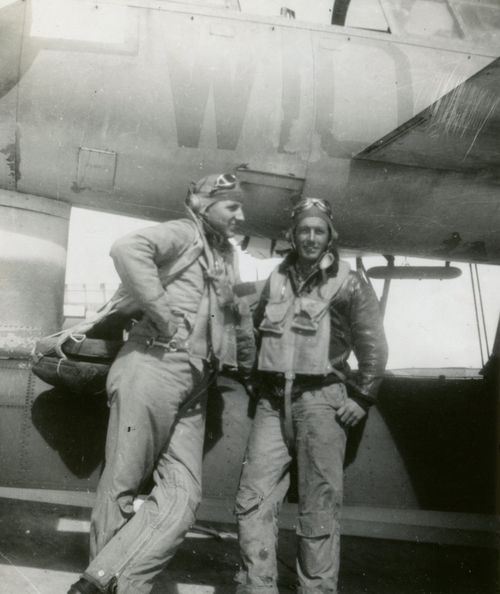 I met Bill very soon after I reported to SOSU-3 at the Naval Air Station Alameda, CA, in April, 1944. I distinctly remember Bill's demeanor -- at the time we called it "Happy-go-Lucky" and would be described today as up-beat. He seemed to have a perpetual smile. "Gregarious" would also fit him well. I left the Unit in June, 1945, and we maintained sporadic contact over the succeeding years. Sometime in 1946 when my ship was in Bayonne, NJ, I went to see Bill in Norfolk, VA. We maintained contact and the next time I saw Bill was in 1953. My ship was in Yokosuka, Japan. and I went to visit him at his shore-based helicopter unit. I vaguely remember spending the night with Bill and a most gracious Michiko. Bill tried, unsuccessfully, to get me to go into their Japanese-style bath (like a hot-tub)! I regret that we lost contact with each other for several years. So, about 2013 my former high school girlfriend told me about an article Bill had written and was published in a retirement magazine. She had met Bill when we visited her and her girlfriend at Fresno State College way back when. Bill & I later visited her and her parents at their home. She told me Bill was living in Granite Falls. After a white pages search I called him. We had a long chat getting caught up on our lives and reminiscing about Alameda. Even then, some 6 or 7 years ago, Bill still had that effervescent tone in his voice. We tried exchanging emails (thru Betty Sue) and Bill sent me a couple of letters I couldn't read. I called once and Marta told me he was taking a nap. Then a couple of years ago I got a call from John Sims. He & Mieko were getting Bill & Betty Sue settled into Hickory retirement home. A few more attempts at letters didn't result in any notable success. I sincerely regret that Bill & I didn't maintain a closer communication avenue during our later years. Yet now, Heaven is a little brighter with Bill's presence. His inherent humor and wit, I'm sure, are well received up there. Peace be with you, Buddy. Dear Lord - embrace your Loyal Servant.
John L. Alford
Served In Military Together
October 29, 2020 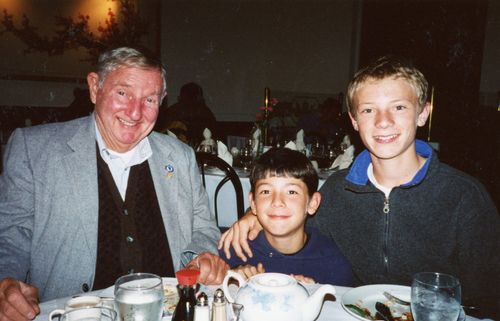 You were ALWAYS there for your grandsons, and they learned a TON from you! You had every right to be proud of them -- they are and will always be in your image.
John Spahr
Son
October 29, 2020
I worked for Bill at the Post Office. He was always very efficient. When I was trying to prepare for going into Management he and his lovely wife
invited me into their home to get some advise and guidance into some of the important things involved with being a Supervisor. He was a very wonderful man. May he rest in peace.
Joyce E Combs
Friend
October 26, 2020
Mieko, I am so sorry for your loss. May the love of friends and family carry you through your grief.
GAIL KANELLIS
Coworker
October 25, 2020
Bill was one of my first supervisors at the post office. He was a good supervisor, very personable and easy to get along with if you did your job! Glad he enjoyed a good long life for he was a good guy! Love & prayers for the family.
Cathy Doolan
Coworker
October 24, 2020
Showing 1 - 7 of 7 results