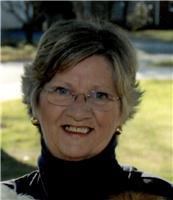 Laura met her husband, Roger, while he was stationed at Redstone Arsenal in Huntsville. He proposed to her on April 1, 1963 and they were married on May 4th of that year. Laura worked for nearly 30 years for the world famous Red Rooster Tavern in North Kingstown.

She leaves her loving children, Roger F. Walsh, Jr. and his wife Jo-Ann of Westerly and Julie Walsh Doyle and her husband Michael Doyle, Esq. of Rockledge, FL. She was the cherished grandmother of Gwendolyn A. LeMaitre and Lillian E. LeMaitre, daughters of Julie. She is also survived by her brother Robert L. Owen and his wife Melissa of Madison, AL, brother in law R. Peter Henrikson of Warwick, brother in law Gordon M. Walsh and his wife Sharon of North Kingstown, and sister in law Carolyn P. Walsh of Keene, NH. She was predeceased by her siblings John H. Owen, Mary Helen Owen, and Joseph W. Owen.

In lieu of flowers, contributions in Laura's memory may be made to the North Kingstown Food Pantry, 445 School Street, North Kingstown, RI, 02852. http://www.nkfoodpantry.org/donate-now

Arrangements have been entrusted to THE CRANSTON-MURPHY FUNERAL HOME of WICKFORD.  For online messages of condolence, kindly visit www.CranstonMurphy.com
Published by Southern Rhode Island Newspapers from Jul. 9 to Jul. 16, 2021.
To plant trees in memory, please visit the Sympathy Store.
MEMORIAL EVENTS
To offer your sympathy during this difficult time, you can now have memorial trees planted in a National Forest in memory of your loved one.
Funeral services provided by:
Cranston-Murphy Funeral Home Wickford
MAKE A DONATION
MEMORIES & CONDOLENCES
Sponsored by Cranston-Murphy Funeral Home Wickford.
0 Entries
Be the first to post a memory or condolences.