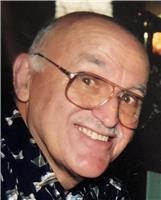 Roméo, Lillianne, Anne et Pierre Arseneault (cousins)
Roméo Arseneault
August 26, 2021
Suzanne, very deepest sympathies to you and your family from your old babysitter now down here in Florida. Your dad (and your mom) were always very special to me even when I ran into them (and you!) when we both were older. That was a beautiful obituary and tribute to your dad. You'll now have another angel looking down on you all.
With love,
Karen Helland Jones
Karen Jones
Neighbor
August 25, 2021
To Leo's Family, We are so sorry for your loss. Leo was a true friend, loved by all, and a great hunting and fishing partner with Bob for many years. We love you and will miss you always.
Bob & Katie Tessitore
Friend
August 25, 2021
To our American Family, we are saddened by Leo’s passing. Always looked forward to his visits to New Brunswick and his many fishing stories.
Judy and Gary Driscoll
Family
August 25, 2021
Leo was a big presence wherever he travelled. The many visits to New Brunswick were full of laughter and great times. Always a big fishing or hunting story. Mom ( Bertha) enjoyed the time spent with Leo! Glad to have the memories!
Cathy (Megarity) Stephenson
August 25, 2021
Sue, Michael, Jessie, Patrick and Annie, I am so very very sorry for your loss. He was a delightful man. Sending you all hugs and love
Jill Madej
Friend
August 24, 2021
Our thoughts and prayers are with all our American Cousins during this very sad time! Even though Leo was our cousin, we always called him " Uncle Leo". Wish we could be there to give you all a hug!
Joan & Jim McKillop
August 24, 2021
Showing 1 - 10 of 10 results