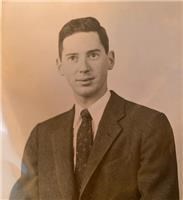 BORN
1929
DIED
2021
FUNERAL HOME
Avery-Storti Funeral Home - Wakefield
88 Columbia Street
Wakefield, RI
Stephen Saul Barnet, age 92, of Vero Beach, FL passed away August 4, 2021, surrounded by his family.
Loving father, committed husband, and United States Army veteran. Born to Herman and Edna Barnet May 22, 1929, Stephen grew up in, and around, New York City with his sister, Joan. He attended the Hill School before attending Brown University. Stephen served his country as an intelligence officer abroad from 1951-1953. In his professional life, he established himself in the fine China business, working his way to the position of US branch Vice President & Treasurer of the German-based Hutschenreuther Corporation. Stephen married Helen Smith Barnet in 1980 and welcomed their only child, Bradford, in 1986. The family lived in Guilford, CT until 1999 when they moved to Vero Beach, FL where son, Bradford, attended Saint Edward's School (class of 2004). Stephen's hobbies included skeet-shooting in his younger days, and photography, reading and the arts. For nearly 40 years, the family has spent each summer in their Narragansett home, where Stephen and Helen have enjoyed various Theatre by the Sea productions. Stephen is survived by his wife Helen, son Bradford, and daughter-in-law Brianna. He was looking forward to the arrival of his first grandchild, Cooper. A good man with an understated sense of humor, wit and charm, he will be remembered in the hearts and minds of those that knew him.
Published by Southern Rhode Island Newspapers from Aug. 12 to Aug. 20, 2021.
To plant trees in memory, please visit the Sympathy Store.
MEMORIAL EVENTS
To offer your sympathy during this difficult time, you can now have memorial trees planted in a National Forest in memory of your loved one.
Funeral services provided by:
Avery-Storti Funeral Home - Wakefield
MAKE A DONATION
MEMORIES & CONDOLENCES
Sponsored by Avery-Storti Funeral Home - Wakefield.
0 Entries
Be the first to post a memory or condolences.