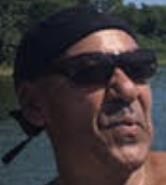 FUNERAL HOME
Avery-Storti Funeral Home - Wakefield
88 Columbia Street
Wakefield, RI
Thomas Irving Sekator, 66, of Narragansett, passed away peacefully at home. He was the loving son of the late Benjamin Alfred Sekator and the late Elizabeth Jane Sekator.
Tom really enjoyed his Native American heritage and was extremely proud of being a Narragansett Indian. The friendships he made with tribal members meant the world to him. Though the Navy made Tommy a world traveler, his true home was always Narragansett, Rhode Island. He loved to travel to many places including California, Australia, and The Philippines. Tom attended the University of Rhode Island, was an avid Cleveland Browns football fan, and loved any body of water and enjoyed a good fishing day. He retired as a Navy veteran who was honorably discharged after serving 20 years.
He is survived by his daughter Mekea Whitmore; his siblings Benjamin "Ricky" Sekator, Joanne Carosella, Cindy Mosby, Robert 'Bobby" Sekator; and his grandson and Zeth Manski.
A funeral service will be held in Avery-Storti Funeral Home, 88 Columbia Street, Wakefield, on August 22 at 2 p.m. Visiting hours will be held on August 22 from 1-2 p.m.
Published by Southern Rhode Island Newspapers from Aug. 19 to Aug. 27, 2021.
To plant trees in memory, please visit the Sympathy Store.
MEMORIAL EVENTS
Aug
22
Funeral service
2:00p.m.
Avery-Storti Funeral Home - Wakefield
88 Columbia Street, Wakefield, RI
Aug
23
Visitation
1:00p.m. - 2:00p.m.
Avery-Storti Funeral Home - Wakefield
88 Columbia Street, Wakefield, RI
Funeral services provided by:
Avery-Storti Funeral Home - Wakefield
MAKE A DONATION
MEMORIES & CONDOLENCES
Sponsored by Avery-Storti Funeral Home - Wakefield.
5 Entries
My deepest condolences to you and your family.
Cindy Moore
August 22, 2021
All our love going your way Makea and family,R.I.P. Thomas a truly great friend.
The Dey Family
August 22, 2021
Love and condolences to my loving daughter Mekea, grandson Zeth and Tommy's family. When I think of Tommy I remember a happy, funny always bubbly human being who would give you the shirt off his back if asked. I hope that you have finally found your peace. Jlz.
Julie
August 21, 2021
Sending my deepest condolences and sympathy for your loss. Another great friend gone too soon! I´ll always remember that smile and his sense of humor!! RIP Tommy
Linda Cullen-Fry
August 20, 2021
Tommy was a good friend of mine for several years. We attended meetings and had many meals together. We lost touch due to changes in our living arrangements. I am so sorry to hear of his passing and will miss him, his laugh and his spirit... RIP Tommy Rhode Island
Paul Farrell
August 19, 2021
Showing 1 - 5 of 5 results