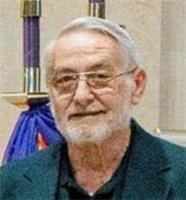 BORN
1936
DIED
2021
FUNERAL HOME
Ubel Funeral Home - Johnsonburg
111 Bridge Street
Johnsonburg, PA
Allen Paul Anderson was born July 13, 1936 and died peacefully June 23, 2021. He is survived by his wife Bertha Jon (Sonney) Anderson whom he married June 7, 1958. He is also survived by a daughter, Susan Anderson, son Jon Anderson and his wife Ellie (Ashe) Anderson, adopted daughter Annie Gadley, grandsons Andy Anderson and his wife Grace and Austin Anderson. In addition to his wife and children, he is survived by brothers Chester Shoop and wife Shirley and Karl Anderson and wife Susan along with many nieces and nephews.
He was preceded in death by his sister Shirley (Shoop) Hughes, brothers Lloyd and Lawrence Shoop, parents Stephania and Chester Shoop and Robert and Loretta Anderson (Blymiller).
He served in the Navy from 1954-1958 working on air craft carriers. He traveled to Holland, Greece, France and Italy while in the service. After leaving the Navy he attended Dubois Business College.
He worked as a manager for McCrory's and Jamesway and won several Manager of the Year awards during his time with Jamesway. During retirement he collected and sold antiques. He enjoyed camping, fishing and gardening.
A memorial service will be held at a future date. Donations can be made to Penn Highlands Community Hospice Nurses 757 Johnsonburg-Saint Marys Rd # 200, St Marys, PA 15857 or the Johnsonburg Senior Center 430 Center St Johnsonburg PA 15845.
Online condolences will be accepted at www.nedzafamilyfuneralhomes.com. The Ubel Funeral Home of Johnsonburg has been entrusted with final arrangements.
Published by Ridgway Record from Jun. 25 to Jun. 26, 2021.
To plant trees in memory, please visit our Sympathy Store.
MEMORIAL EVENTS
To offer your sympathy during this difficult time, you can now have memorial trees planted in a National Forest in memory of your loved one.
Funeral services provided by:
Ubel Funeral Home - Johnsonburg
MAKE A DONATION
MEMORIES & CONDOLENCES
Sponsored by Ubel Funeral Home - Johnsonburg.
0 Entries
Be the first to post a memory or condolences.