BORN
1948
DIED
2021
FUNERAL HOME
Shuler Funeral Home
125 Orr's Camp Rd
Hendersonville, NC
David Allen Newell, 72 years of age, passed away in Flat Rock, NC on Saturday, April 17, 2021.
David was born on December 3, 1948 at Elk County General Hospital in Ridgway, PA. He graduated from Ridgway High School in 1966 and joined the United States Navy, serving as an Aircraft repair crew member until his honorable discharge in 1973. He continued his career in aircraft and worked for Cessna Aircraft for over 35 years as an Experimental Airplane mechanic prior to his retirement.
David is preceded in death by his wife, Eva Newell, his mother, Ruth Lukehart, and brother, Randy Newell.  David is survived by his daughter, Nicol Newell-Bell (Robert Bell); brothers, Ed Newell and Craig Lukehart, and sisters, Kay Pistner, Claudia Rhed, and Marla Fritz.
Per David's request, there will be no funeral or memorial service. Instead of donations or flowers, David would want people to have a beer or a shot of Yukon Jack, go outside and go fishing or hunting, or attend a car race.  Condolences may be shared at shulerfuneralhome.com.
To plant trees in memory, please visit our Sympathy Store.
Published by Ridgway Record from Apr. 25 to Apr. 26, 2021.
MEMORIAL EVENTS
No memorial events are currently scheduled.
To offer your sympathy during this difficult time, you can now have memorial trees planted in a National Forest in memory of your loved one.
Funeral services provided by:
Shuler Funeral Home
MAKE A DONATION
MEMORIES & CONDOLENCES
Sponsored by Shuler Funeral Home.
4 Entries 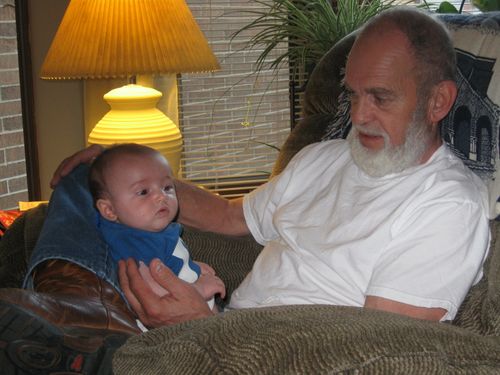 Dave and Eva were the first babysitters for our first granddaughter Briar. We met them 11 years ago and enjoyed their friendship. They made countless trips to Missouri to visit Briar and her family. She would go and visit them every summer for a week of Memaw and PaPaw time! Truly wonderful, loving and kind! Our family will truly miss them!! Dave and Eva both have a special place in our hearts!
Connie & Rick Wright
Friend
April 29, 2021
Worked with Dave for many years and his request was his style. RIP old man I'll have a shot of Yukon for you.
Rick Rexroat
Coworker
April 29, 2021
Fair winds and following seas sailor.
"Boatswain... Standby to pipe the side... Shipmate's going Ashore..."

Thank you David for your service to this nation. U.S. Navy.
Harry Simpson
April 25, 2021
My deepest sympathies to the family and friends of David for your loss. May you be comforted by our loving God during this very sad time, John 3:16.
April 22, 2021
Showing 1 - 4 of 4 results