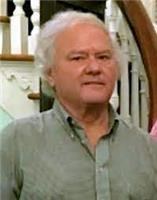 BORN
1949
DIED
2021
Jeffrey W. Adams "Lizard", age 71, of Cranberry Township, Pennsylvania passed away on Sunday, June 20, 2021.
Jeff was born on October 27, 1949, in Pittsburgh, Pennsylvania to the late Robert and Jean (Ehlers) Adams. Jeff was a graduate of California State College (Currently California University of Pennsylvania) where he received his bachelors' degree in Technology Education. Jeff began working at Ridgway School district as the Industrial Arts (Construction and Machine Shop) teacher where he received Educator of the Year award(s). He led environmental groups, such as: the reclamation project of the "Clay Mines" behind the Ridgway High School, the Recycle Team, and the design and management of the school district's industrial compost machine. He was a beloved and respected teacher and mentor at Ridgway where he retired after 34 years. Jeff had many hobbies and was an avid Ford and racing enthusiast. He belonged to the North Hills Sports Club in the 1970's competing and winning several autocross events. He spent many years as a member and participant in the World Karting Association. He was also a Pitt Race international member and employee during the 2000's. In his free time he loved to go camping, boating and attending or watching Nascar races. Jeff was also known for hosting events for friends and family where he would prepare meals such as his mother's pasta & sauce dish, his famous BBQ chipped ham sandwiches, and celebatory Moscow mules.

Jeff was a member of New Community Church in Wexford, PA and formally a member of Orchard Hill Church of Wexford, PA where he volunteered countless hours to events such as Man-up Pittsburgh, KidsFest, and assisting with services at remote sites.

He will be missed by his brother Martin Adams, his sister Marian "Mimi" (Chuck) Fickter, his niece Kettie (Fickter), and her husband Charlie Skalaski. Jeff was preceded in death by his niece Kerbie Jean Fickter.

Jeff will also be missed by his friends Christopher and Melissa "Meli" Oknefski and their children Colton, Evelin, and Remington as well as many other countless people who looked up to Jeff as a teacher, mentor, and friend.

There are plans to have a virtual church service in Jeff's memory in the near future. For more information feel free to contact Chris Oknefski at 724-462-5955 or [email protected].

Fond memories and expressions of sympathy may also be shared at www.brandtfuneralhome.com for the Adams family.
Published by Ridgway Record from Jul. 12 to Jul. 13, 2021.
To plant trees in memory, please visit the Sympathy Store.
MEMORIAL EVENTS
To offer your sympathy during this difficult time, you can now have memorial trees planted in a National Forest in memory of your loved one.
MAKE A DONATION
MEMORIES & CONDOLENCES
1 Entry
Sincere condolences to all of the Adams family for the loss of Jeff. I never had Jeff in class but I got to know him when he graciously offered to shuttle me from Ridgway to Pittsburgh and back when he was headed there. I also had a connection through his sister Mimi,(colleague at NH ), and niece Kettie, ( student in my 8th grade science class). He was a good guy.
Dan Pierce
Friend
July 15, 2021
Showing 1 - 1 of 1 results