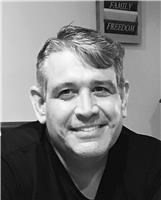 BORN
1973
DIED
2021
Robert (Rob) J. Fernan of Fullerton, CA lost his hard fought battle against cancer on 3/22/2021. He was born in State College, PA on 7/13/1973; the son of Susan F. Landis of St. Marys and Dr. William J. Fernan (wife Susan) of Ridgway. He attended Ridgway and St. Marys schools until 1990 and he was graduated from DuBois Area High school in 1991. Rob then entered the U.S. Marines in aviation and was discharged in 1996 at the rank of Sergeant. Subsequently he held Managerial/Engineering  positions in the Aerospace Industry while attending night school and obtaining many Associate degrees and then a Bachelors Degree in Business Administration and Management from California Baptist University. He was last appointed Site Manager of the Solvay Orange Facility in Orange, CA.
Although Rob was a physically imposing figure.; his straight forward manner, obvious big heart and smile that lit up his face in the best way led to his being well liked and respected by everyone he encountered. His personal style prevailed at work as well, which combined with his knowledge, logic and fairness led to much success workwise and in relationships. The latter was reflected in owners, fellow managers and workers from all the companies he worked with over the last 25 years repeatedly contacting him during his illness.
He was an extremely proud Marine and he especially enjoyed lifting weights and returning to this area to be with family and friends and to go to hunting camp with his father, uncle and cousins.
He is survived by his very loving wife Susan Marie Fernan and her son Terrence Carbajal; his brother Ryan (wife Courtney) Fernan and their children Riley and Grady; stepsiblings James, Rebecca and Joshua Smith; aunts Marjorie Fernan Gerg, Kay Fernan Brocki (husband John), Molly Bauer Fernan; and Mary Landis Aiello (husband Dr. Steve Aiello). First cousins include Ann and Bill Gerg; Wee J, Dr. Katie, Tom, Mike and Laura (DelFratte) Fernan); And  Carrie (McRoarty) and Mike Brocki. He also considered Tim and Maureen Sigafoos and their children James and Mary family.
He was preceeded in death by his uncles John R. Fernan Esquire and Thomas J. Gerg.
Memorial services with military Honors will be held in the National Cemetery in Riverside CA and St. Marys at later dates.
To plant trees in memory, please visit our Sympathy Store.
Published by Ridgway Record from Mar. 28 to Mar. 29, 2021.
MEMORIAL EVENTS
No memorial events are currently scheduled.
To offer your sympathy during this difficult time, you can now have memorial trees planted in a National Forest in memory of your loved one.
MEMORIES & CONDOLENCES
2 Entries
In loving memory of a wonderful person.
Rhonda Vigil
Friend
April 27, 2021
Bill, Sue and the Fernan clan- I was shocked and saddened to read of Robert’s passing. I have sadly lost touch with your family and did not know he was battling cancer. Please accept my love and sympathy and know that I will keep you in my prayers as you endure the pain of this journey.
Love. Judy Carr
Judy
Acquaintance
March 29, 2021
Showing 1 - 2 of 2 results