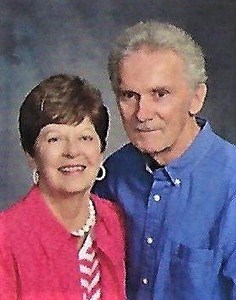 Charles R. Manning, 79, of Roanoke, Virginia, passed away on Friday, November 20, 2020, after a long battle with Parkinson's.

Charles was a graduate of Jefferson High School and National College and served in the United States National Guard. He was a resident of Brandon Oaks Retirement Community, Roanoke.

He is survived by his wife of 55 years, Loretta Duncan Manning. Also surviving are his cousins, Kay Cullen, Yvette Spangler, and Charles Cullen, of Roanoke, and sister-in-law, Bonnie D. Fauber of Metairie, Louisiana. He is the son of the late Ruth Cullen Manning and Irvin Manning.

Charles was raised in a railroad family, so it was natural that he went to work for Norfolk and Western. He retired from Norfolk Southern Corporation as a Freight Claim Adjuster. Over the years his main interests were cars, motorcycles and boats and he enjoyed water skiing, snow skiing, jet skiing, snowmobiling, scuba diving and traveling. He had a long-term fascination with motorcycles and Loretta went along for the ride. They both enjoyed their annual treks to Daytona Beach and Myrtle Beach with their Harley Davidson. The couple learned to snow ski at the Homestead and turned that knowledge into an adventure as they went to a variety of ski resorts around the country.

Prior to moving to Brandon Oaks, Charles and Loretta lived at Pelican Point in Union Hall at Smith Mountain Lake where they were active in sailboat racing. Charles was a founding member of the Blackwater Yacht Racing Association in Union Hall and served as a Commodore.

Due to the COVID-19 virus, there will be no formal service. A Graveside Gathering will be conducted at 11 a.m. on Tuesday, November 24, 2020, at Sherwood Memorial Park in Salem, Virginia. At that time anyone wishing to share a memory may do so.

In lieu of flowers, memorials may be made to Parkinson Research Foundation, www.parkinsonhope.org. Online condolences may be shared with the family by visiting www.oakeys.com.

To plant trees in memory, please visit our Sympathy Store.
Published by Roanoke Times on Nov. 22, 2020.
MEMORIAL EVENTS
Nov
24
Graveside service
11:00a.m.
Sherwood Memorial Park
, Salem, Virginia
Funeral services provided by:
Oakey’s South Chapel - Roanoke
GUEST BOOK
3 Entries
Charlie will be missed we always enjoyed him at the club and on the water. We know he is sailing off into the sunset. Our Thoughts and Prayers from the Firing family
DARRIN FIRING
November 24, 2020
Loretta, so sorry to see that you lost Charles. Sounds like you had wonderful times to remember. I left the Norfolk Southern in 1989 but remember the two of you. Very lovely people. My prayers go out to you at this sad time. Be Blessed!
Lois Elliott
November 23, 2020
Loretta......sorry to hear about the passing of Charlie
Kirk McGuire
November 23, 2020