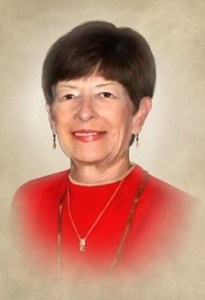 She was born in Roanoke, Virginia, in 1947 to James and Laura Bell (Stilwell) Thomas, the second of seven children. After graduating from William Byrd, she received her LPN from Community Hospital School of Nursing. A natural caregiver, she loved helping people in any way she could, but as her grandkids could tell you, she never learned how to say no either. Her marriage to Bill Swecker produced three children, Jamie, Michelle and Jodi. She later met and married the love of her life, Dr. Gordon King, who brought more kids into her life, Tracy, Kerin and Gordon Jr. The happy couple moved around and lived in five states, and almost had a perfect record of dropping off a kid in each state. After becoming a widow in 2016, Donna settled in Panama City, Florida to their vacation home as it was her happy place.

Her kids believe Donna has both an invisible horseshoe and four-leaf clover birthmark, as she was one of the luckiest people you would ever have the pleasure to meet. She had a great life and was blessed with a large extended family who loved her for her generous, kind spirit, but most of all, those hugs that made you feel like you were her whole world. It didn't matter if you were meeting her for the first time or not; if you came to her house, you were genuinely hugged as you came in and hugged as you left. Just one of the many ways she showed and shared some of her love with you. Her love had no boundaries, was unconditional, and multiplied instead of being divided among everyone she cared about.

Her hobbies included reading, watching hummingbirds in her backyard, jigsaw puzzles (especially with her own mother Laura Bell), fishing with her husband, Gordon, and long walks on the beach with her best friend Donna Hooker, affectionately known as "D2." She liked to stay active, from playing basketball and softball in her younger years, to bowling and golf in later years, but her favorite activity of all time was keeping up with her grandchildren, whom she loved to infinity and beyond.

She is survived by her mother, Laura Bell and six siblings, Joyce (Jack), Wanda (Danny), Curtis, Vicky (Hank), Jay (Brenda) and Lonny (Jane), all of Virginia, along with a huge family that she didn't get to see often enough. She will carry on in the hearts of her children, daughter, Michelle (Jim) Vail of Pensacola, Fla., son, Gordon (Deborah) King Jr. of Huntsville, Ala., daughter, Kerin (Bill) Flattery of Riner, Va., daughter Jodi Mannon of Roanoke, Va., and last but not least, her Shih Tzu Chelsea Ann, who was her and her husband's slightly spoiled princess. She will miss all her grandchildren, Brittany (Stephen) Little, and Brent, Brody and Brennon Hutchinson, all of Miss.; Charlie, Brady (Katlyn), and Austin Wallace, all of Va.; Everett (Natasha), Nathan (Kelsey), and Brandon King, all of Ala.; Jake Pettrow of Colo.; and Chris Patterson of Ala. Her great-grandchildren, Charlotte Little of Miss. and Jackson Wallace of Va. will grow up hearing stories of an amazing woman.

Donna was preceded in death by her infant son, Jamie; her father, James; and her husband, Gordon.

We will celebrate her life in a service at Oakey's Vinton Chapel in Vinton, Va., at 2 p.m. on Friday, October 15, 2021, and will receive friends one hour prior to the service. She will be buried in Milledgeville, Ga. at the Veterans Memorial Cemetery at 1 p.m. on Tuesday, October 19, 2021, joining her husband Gordon there, after a graveside service. Details will be posted on her Facebook page.

In lieu of flowers, the family asks that you donate to St. Jude's or a charity of your choice.

1320 N. Jefferson St Dublin, GA 31021
Published by Roanoke Times on Oct. 13, 2021.
To plant trees in memory, please visit the Sympathy Store.
MEMORIAL EVENTS
To offer your sympathy during this difficult time, you can now have memorial trees planted in a National Forest in memory of your loved one.
Funeral services provided by:
Oakey’s Vinton Chapel
MAKE A DONATION
Please consider a donation as requested by the family.
MEMORIES & CONDOLENCES
Sponsored by Oakey’s Vinton Chapel.
1 Entry
Please know that your family are in our hearts, our thoughts and our prayers. We are so very sorry for your loss. (Friends of Jane & Lonny and Vicky.)
Troy & Cheryl Blevins
Friend
October 13, 2021
Showing 1 - 1 of 1 results