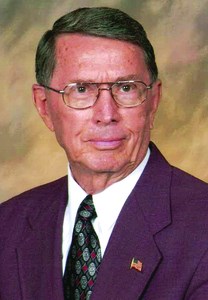 Mr. Edward L. Brown Jr., 93, went to be with Our Lord on Friday, February 12, 2021. He was living at his home in Lexington. Ed was born on March 25, 1927, in Lynchburg, Virginia, a son of the late Edward L. Brown Sr. and Mary Brown of Glasgow. He was preceded in death by his first wife, Christine Cummins Brown; his second wife, Clara Dunaway Bartley Brown; and by a sister, Libby Brown Johnson.

Ed retired as a cost accountant from General Electric Company, (Roanoke and Charlottesville), and retired later from Rockbridge County as a school bus driver. He also worked in various capacities, intermittently from age 12 to 88, at Natural Bridge.

Ed was a World War II veteran who served in the U.S. Army. He was a member of and very active in the Glasgow Baptist Church as well as the Men's Prayer Breakfast.

A graveside service will be held at a future date.

In lieu of flowers, memorial donations may be made to Glasgow Baptist Church, 805 10th Street, Glasgow, VA 24555.

Arrangements are being handled by Bolling, Grose, & Lotts, Buena Vista.
To plant trees in memory, please visit our Sympathy Store.
Published by Roanoke Times on Feb. 17, 2021.
MEMORIAL EVENTS
No memorial events are currently scheduled.
To offer your sympathy during this difficult time, you can now have memorial trees planted in a National Forest in memory of your loved one.
Funeral services provided by:
Bolling Grose & Lotts Funeral Home
GUEST BOOK
0 Entries
Be the first to post a memory or condolences.