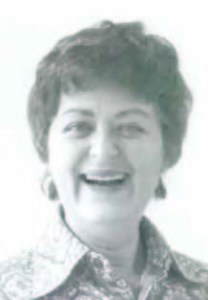 Frances grew up in Cambria, Va. She attended Mary Washington College, and Radford College. After her marriage, she spent the next 70 years as a resident of Blacksburg. She was a member of the Blacksburg United Methodist Church, where she taught Sunday School, and was active in several women's circles.

She was an active member of the William Preston DAR, and a Girl Scout leader. Frances worked at Blacksburg High School as a secretary in the Vocational department, and later as a receptionist at the Montgomery County School Board Office.

Frances loved to sing! She was a longtime member of the BUMC choir, and was a member of the VT New Virginians! She never quit singing, and through the years, she would sing to her family members, and her favorite dogs. She enjoyed writing, working in the garden, bridge, dancing, talking to her friends, and she loved to cook. Many enjoyed receiving one of her pecan pies "just because." She will be greatly missed!

The family would like to thank Radford Health and Rehab, Medi-Health Hospice, and caregivers, Kristi Martin, Casey Shaffner, Shannon Medley, Jillian Trent, Amber Akers, Ashley Hill, Nancy Payne, and Catie Letner for taking such good care of her over the past months. In lieu of flowers, we suggest that donations be made to organizations that are searching for cures to Vascular Dementia/ Dementia.

A graveside service will be held on Saturday, November 21, 2020 at 11 a.m. at Westview Cemetery. McCoy Funeral Home in Blacksburg is handling the final arrangements.