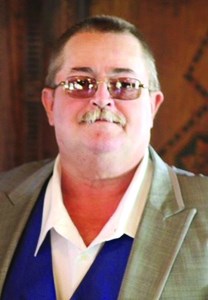 James H. Morgan, 62, of Lewisburg, passed away on Saturday, November 27, 2021, at Greenbrier Valley Medical Center of a sudden illness.

He worked for the cable company in Lewisburg and was a truck driver, was a member of Fort Spring Missionary Baptist Church, and was a member of International Association of Machinist and Aerospace Workers union (IAMAW). He was a lifetime member of the NRA, an avid gun collector, and was a U.S Army and National Guard veteran.

In addition to his parents, he was preceded in death by brothers, Louis Auburn Morgan, Robert Morgan and Joseph Morgan.

The family will receive friends one hour prior to the service at the funeral home on Wednesday. .

In lieu of flowers, donations of sympathy may be made to Fort Spring Missionary Baptist Church.

WALLACE & WALLACE FUNERAL HOME IN LEWISBURG IS IN CHARGE OF ARRANGEMENTS.