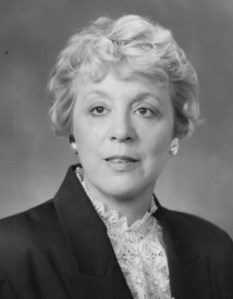 Joan Hardie Munford died on Wednesday, November 11, 2020, in Christiansburg, Virginia. Joan spent her life caring for others. She was a devoted family member, educator, healthcare administrator, and elected leader. Joan is survived by her daughter and son-in-law, Mary and David Harder; her grandsons, James Harder and Benjamin Harder and his wife, Jacquelyn Harder; and great-grandchildren, Cole and Airlie Harder.

Joan was born October 25, 1933, into a loving and musical family in Blacksburg, Virginia. She attended Blacksburg High School (Class of 1951), where she met her husband-to-be, Thomas William Munford Jr. She attended Radford College with a major in Education. She was preceded in death by her parents, husband, and her brother, Thomas D. Hardie.

Joan's parents, John D. Hardie and Hester Price Hardie, were well known business owners, which included the popular Hardie House Restaurant, and Joan was soon involved in the family business. Along with her brother and other Blacksburg investors, she was a founding owner of a property and nursing home development corporation organized in the early 1970's. She became a licensed nursing home administrator and served in that capacity for Heritage Hall in Blacksburg. As the Heritage Hall chain grew to seventeen nursing homes across the state, Joan's career grew with it as she became Vice President of Operations.

Joan's interest in healthcare and the elderly expanded to include government policy, and in 1981, at the age of 47 and as a political outsider, she ran as the Democratic candidate for the Virginia House of Delegates in the 13th District. To the surprise of political pundits, she soundly beat a longtime Republican incumbent and began what would be a 12-year tenure in the Virginia Legislature. In that era she was proudly one of only eight women in the 100-member House of Delegates.

In part because of her stunning victory, as well as a reflection of her business experience, Joan was rewarded with three coveted legislative committee assignments—Corporations, Insurance and Banking; Labor and Commerce; and Education. As a member of the Education Committee she chaired numerous special committees including crafting guidelines for introducing Family Life Education into school curriculum. Although a controversial issue, Joan's reserved and humble leadership disarmed opponents and, in the end, she was joined by both moderates and conservatives to pass Family Life lessons into the Commonwealth's curriculum. She brought the same quiet strength to her work on the historically contentious Labor and Commerce Committee. An advocate for workers rights, Joan used her experience as a business developer and employer to find bipartisan support from the pro-commerce members of the committee to pass reasoned workplace safety regulations. Joan also led significant revisions to the Child Labor Laws, working, in particular, to secure safer and healthier working conditions for migrant children. At the time of her retirement she served as Chair of the committee.

Known as a legislator and business owner, Joan was equally passionate about music. She loved to play piano. To her delight, she was often asked to play during receptions at the Governor's Mansion and events for the legislature. Joan enjoyed playing show tunes, standards and holiday music. She had a bright smile at the keyboard and passed her love for music to her daughter and grandchildren.

Throughout her professional career and following her retirement from elected office in 1993, Joan remained active in a number of local and regional organizations including serving on the Board of Directors for First National Bank of Christiansburg, the Carilion New River Valley Medical Center, and a member of the first planning committee for Virginia Tech's highly successful Choices and Challenges Forum Series.

Joan was a woman of great faith, starting each day with some quiet time with God. She spent her earlier years at Blacksburg Baptist Church, but later joined Blacksburg Presbyterian Church where she served as a member of the Session and various other committees. Sadly, in her later years Joan suffered from dementia. Despite this, she continued to have the gift to be able to play the piano for the pleasure of her family and friends at Commonwealth Senior Living Sweet Memories until nearly the last days of her life.

There will be a graveside service at Roselawn Memorial Gardens, Christiansburg on Monday, November 16, 2020, at 2 p.m. Online condolences may be offered to the family at mccoyfuneralhome.com. Memorial contributions can be made to the Alzheimer's Association at alz.org. Arrangements by McCoy Funeral Home, Blacksburg.

To plant trees in memory, please visit our Sympathy Store.
Published by Roanoke Times on Nov. 15, 2020.
MEMORIAL EVENTS
Nov
16
Graveside service
2:00p.m.
Roselawn Memorial Gardens
, Christiansburg, Virginia
Funeral services provided by:
McCoy Funeral Home
GUEST BOOK
2 Entries
I am so sorry for your loss.
Amy Horne
November 18, 2020
Joan was a wonderful friend and always had a smile for everyone. She will be missed; great loss for our NRV area.
Phyllis (Mays) Echols
November 15, 2020