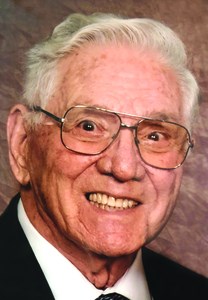 John Francis Cocuzza, 93, of Roanoke, formerly of Moneta, went to be with the Lord on Friday, November 13, 2020. He was the loving husband of the late Audrey Ann Cocuzza.

Born in New York City on August 2, 1927, John was a son of the late John Cocuzza and the late Mary Cocuzza. John was also predeceased by a brother, Robert Cocuzza.

John graduated from New York Maritime Academy in 1945 with a commission in the US Navy as Ensign and then served as a lieutenant Commander in the Merchant Marine from 1945 -1955. During that time he received his BSME from New York Maritime College. He later pursued a career with National Standard Company as an engineer, and subsequently earned his MBA from Michigan State University in 1973. He was a member of Trinity Ecumenical Parish in Moneta. Some of John's favorite things to do were to fish, swim and spend time with the family.

Due to COVID19, no memorial service will be held at this time. Memorial donations may be made to Trinity Ecumenical Parish, 40 Lakemont Drive, Moneta, VA 24121.

To plant trees in memory, please visit our Sympathy Store.
Published by Roanoke Times on Nov. 22, 2020.
MEMORIAL EVENTS
No memorial events are currently scheduled.
To offer your sympathy during this difficult time, you can now have memorial trees planted in a National Forest in memory of your loved one.
Funeral services provided by:
Tharp Funeral Home
GUEST BOOK
1 Entry
When I worked at Brandon Oaks John drove himself down to the front lobby to see me every single day. He always made it a point to stop and talk to me. He once told me about the rose bushes he planted for his wife. He was always so sweet and he will never be forgotten. My condolences go to his daughter and family. Prayers for you all. God Bless you.
Chelsie
November 20, 2020