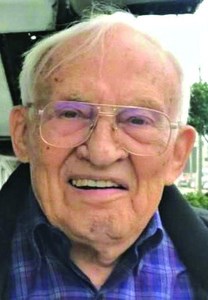 After his time in the Coast Guard, Al attended Washington & Lee University in Lexington, Virginia, graduating with a bachelor's degree in 1950.

Al spent his entire career in government service. He was hired by J. Edgar Hoover in 1954 and worked for the FBI for a short time. After that, he worked in a highly sensitive position in the national security arm of the government until his retirement in 1993. His work took him all over the world. He served in many places, including Japan, Germany, Cyprus, Iran, England, Thailand, and Laos.

Al's younger brother, Chris, died in Roanoke in 2017. Chris was Al's last surviving family member. Following Chris' death, Al moved to Roanoke. He has lived at Our Lady of the Valley since 2019.

In addition to his parents and his brother, Chris, Al was predeceased by his brother, Walter, and his sister, Elfreida.

In lieu of flowers, donations in Al's memory may be made to Our Lady of the Valley, Rental Assistance Fund, 650 N. Jefferson St., Roanoke, VA 24016. Online condolences may be made at www.oakeys.com