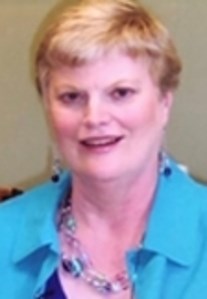 Nancy Hartenstein Raker, was born on June 30, 1945, in Alliance, Ohio. After a brave, 18-month battle with glioblastoma, she peacefully passed away with her husband, Jack Raker, by her side on Sunday, October 4, 2020, at Hospice of the Carolina Foothills. She was a loving and kind wife, sister, stepmother, grandmother and friend.

Nancy graduated from Alliance High School in 1963, and went on to attend Mount Union College in Alliance, Ohio. She then attended Asbury College in Wilmore, K.Y., from which she received her BA in Education in 1968.

After graduating from college, Nancy moved to Roanoke, Va. She spent 32 years there as an English teacher, first at Cave Spring Middle School in Roanoke, and then at Glenvar High School in Salem, Va. While teaching, she completed her Masters' Degree at Virginia Tech.

Nancy took pride in following the success of her students long after they graduated and was equally adored by them. She heard from former students turned authors that she inspired them to write and it brought her great satisfaction for her life's work.

After retiring from teaching, Nancy worked at Prentice Hall for several years as a consultant, where she met Jack. They were married on June 28, 2005, and she moved to Marion, N.C., the same year. This year (2020) marked their 15th wedding anniversary and her 13th year as survivor of breast cancer.

A special thank you to all of the caregivers from Hospice of the Carolina Foothills, both for the exceptional care provided to Nancy at home and at the Hospice House.

In lieu of flowers, please make memorials to Hospice of the Carolina Foothills (374 Hudlow Road, Forest City, N.C., 28043) and/or participate in random acts of kindness of your choice in honor of Nancy.

"What wisdom can you find that is greater than kindness?" –Jean-Jacques Rousseau
To plant trees in memory, please visit our Sympathy Store.
Published by Roanoke Times on Oct. 11, 2020.
MEMORIAL EVENTS
No memorial events are currently scheduled.
To offer your sympathy during this difficult time, you can now have memorial trees planted in a National Forest in memory of your loved one.
Funeral services provided by:
Beam Funeral Service
GUEST BOOK
7 Entries
My deepest condolences to Nancy's family. She will forever be Mrs. Hartenstein to me as she was one of my many phenomenal English teachers at Glenvar High School in the early 90's. I will always remember her kind and soft spoken demeanor. She taught with much grace and humor and looking back, a lot of patience too. The Class of '92 was surely a handful for her in the classroom! I'm sending heartfelt appreciation today for all that she gave to me and other GHS students through the years. Teachers are the rockstars that live among us and those that realize this early on, are certainly lucky. Blessings to your family always.
Jenny Martin
Student
October 12, 2020
I am so very saddened to her of her passing. Nancy was a sweet lady and I enjoyed knowing her through my Great Aunt Lillian Dodd, my Grandmother Maybelle Conner and Cousin Mike Dodd. She has left a Legacy with many students. My prayers for her family.
Tracy Conner Huffman
October 12, 2020
So sorry for your loss. I really enjoyed knowing her and will miss her.
Gloria Holland
October 11, 2020
I am sad to hear of Nancys passing. She was a wonderful teacher who cared very much for her students. I was lucky to work with her and will miss her very much.
Susan Arnold
October 11, 2020
Nancy was a wonderful teacher and influenced the lives of so many Roanoke County students. My thoughts and prayers are with her family. Loraine Lange
Lorraine Lange
October 11, 2020
I was so sad to hear of Nancys passing. I had met and talked to her a few times at South Creek Winery. She was a Very pleasant caring person woman. Condolences to her husband and family.
Pat Watters
October 8, 2020
We loved Nancy. She and Jack were one of the first couples that we met when we moved to western North Carolina. She fought a long hard battle and her spirit is inspiring. She was so proud and happy when she would hear from a former student. Her students successes are a tribute to Nancys dedication as a fine teacher. May she Rest In Peace. Job well done my friend.
Graham and JoAnne Stewart
October 8, 2020