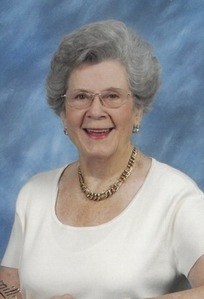 Nina Cornelia Kelly Fox Doyle, of Salem, Va. and formerly of Bluefield, W.Va., went home to her Heavenly Father on Sunday, September 19, 2021, the day before her 104th birthday. She was born on September 20, 1917 to John William Allen Kelly and Lizzie Ione Smith Kelly of Monticello, Ga. She attended Georgia-Alabama Business College in Macon, Ga. She went on to direct plays using local talent in WV, where she met her first husband, Dr. Percy Ryland Fox in 1939. They were married for 30 years, until his death. In 1972, she married Thomas Clarence Doyle, until his death five years later.

Mrs. Doyle was an active member of First Baptist Church of Bluefield, W.Va., serving as a Sunday School teacher, Church Flower Committee, Summer Bible School and other committees of the church. She was the past president of the Mercer County Medical Auxiliary, past president of the Bluefield Garden Club and the Little Garden Club. She was a lifetime member of the WV State Garden Club and loved flowers. She was active in the Duplicate Bridge Club, playing duplicate until she turned 100 years old. She was also associated with Citizen's Real Estate.

The family wishes to thank the wonderful agencies and the many compassionate caregivers who assisted with Mrs. Doyle's care.

In lieu of flowers, donations may be made to First Baptist Church, 1325 Augusta Street, Bluefield, WV 24701.