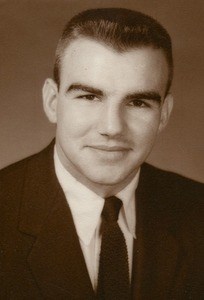 R. Max O'Dell, loving husband, father and grandfather passed peacefully on the early morning of Wednesday, October 6, 2021, at the age of 84. He was born on June 15, 1937 in Campbells Creek, W.Va. to his parents Henry and Marie O'Dell. Max graduated from DuPont High School in Belle, W.Va. and then went on to graduate with a degree from Marshall University in Huntington, W.Va. He was commissioned by the U.S. Marine Corps in 1958 as a second lieutenant and ended his service as a first lieutenant in 1962. Max had a strong work ethic, dedicating his career to information technology. He spent his life working in IT for the West Virginia State Department from 1962-1969, Stuart McGuire/Home Shopping Network from 1969-1987, and finally Cone Mills from 1987-2004. He was a successful small business owner alongside his wife Carolyn, of Mimi's Plus Ltd. from 1991-2008. Max was also active with many organizations including Phi Kappa Alpha fraternity, American Legion, Marshall University Alumni Association, and the Marine Corps League #260. He was an avid reader and researcher – he was very passionate about researching his family lineage and genealogy. Each week he looked forward to his golf outings with friends in the Frazier Golf Group in Greensboro, N.C. What he cherished the most was the time spent with family. Max was preceded in death by his parents, Henry and Marie O'Dell; his stepfather, Orville "Jack" Withrow; daughter, Erin Leslie O'Dell; granddaughter, Megan Rian Clark; and brother, James Harlan O'Dell.

A celebration of his life will be held at 2 p.m. on Tuesday, October 12, 2021, at the John M. Oakey & Son Funeral Home in Salem, Va., with the Rev. Tim Gearheart officiating. Burial will follow at Sherwood Memorial Park in Salem.

Friends may visit with the family from 1 p.m. until the service hour at the funeral home.

In lieu of flowers, donations can be made to The Leukemia & Lymphoma Society by visiting: www.lls.org 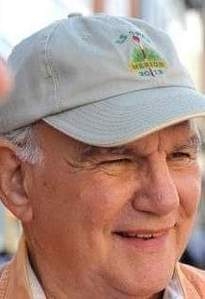