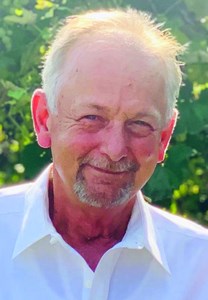 Randall Linwood Beard "Randy", 63, of Catawba, peacefully went to be with the Lord surrounded by his loving family, on Thursday, February 11, 2021.

There are so many things that could be said to describe Randy; however, words cannot truly describe the man he was. Known for his jokes, laugh, and smile, it was hard to be around him and not smile, or join in the laughter. A devoted Christian man and was a member of Salem Presbyterian Church for over 25 years. He loved to tease people however it was always done with love. An avid hunter and outdoorsman he would spend countless hours on his property scouting his next big buck, or turkey. He knew every square inch of that property, as well as it was often said he knew every tree by name. His land, yard, and forest creatures who took up residence there was his biggest thrill. You would often hear him telling the animals "you are safe here until you cross that tree line, then your fair game". It was no secret he loved to watch Nascar racing but he was most definitely Dale Earnhardt's number one fan. If there is one thing Randy would want his friends and family to do it is that you don't say goodbye to him, but just say later!

He was preceded in death by his parents, Jackie and Pauline Beard.

A celebration of Randy's life will be held on Monday, February 15, 2021, at 3 p.m. in the John M. Oakey & Son Funeral Home Chapel. He will be laid to rest following a private graveside service at a later date. The Rev. Janet Chisom will be officiating.

Online condolences, as well as accessing the live stream broadcast of his service can be done by visiting the funeral home's website, www.johnmoakey.com.

To plant trees in memory, please visit our Sympathy Store.
Published by Roanoke Times from Feb. 13 to Feb. 14, 2021.
MEMORIAL EVENTS
Feb
15
Celebration of Life
3:00p.m.
John M. Oakey & Son Funeral Home & Crematory
305 Roanoke Boulevard, Salem, VA 24153
Funeral services provided by:
John M. Oakey & Son Funeral Home & Crematory
GUEST BOOK
7 Entries
keeping you all in my prayers
Tammy Rock
February 18, 2021
So sorry to hear about Randy. I had the pleasure to meet Randy years ago. He was a very kind hearted man. Always smiling and joking. He loved life. He will be truly missed.
Donna Weeks
February 16, 2021
My sincere condolences to the family for your loss of Randy, such a good man gone too soon.
Carol Sirry
February 15, 2021
My thoughts and prayers go out to family and friends mourning the loss of your loved one.
Jim Leffel
February 14, 2021
To Randy's family I'm very sorry for your loss, I was one of Randy's friends in highschool and looking at the photo that was posted I see the same smile that I remember him by. Great guy that always called it like it was, he will be missed.
Phil Weeks
February 14, 2021
Prayers for all the family.
Stephanie Martin
February 13, 2021
So sorry hear of Randy passing. Praying for all family.
Herbert Grisso
February 13, 2021