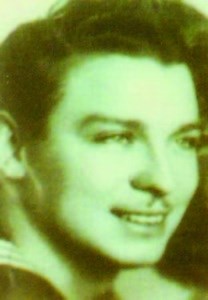 Robert was born in Roanoke, Va., on July 24, 1925, moved to Botetourt County (near Fincastle) at age six, and moved with his mother to Long Beach, California at age eight, At age 11 he left the United States to live in China and the Philippines. He returned to the states in 1940 and attended Fincastle High School until 1942.

Robert joined the United States Navy in August of 1942 and served in the Pacific. His campaigns were in New Guinea, the Solomon Islands, the Philippine Liberation, Okinawa, and Japan. He received a Navy unit citation for four island invasions in the Solomon Islands under Admiral "Bull" Halsey. He also received six major battle stars and a letter of Commendation for boarding a burning ship to search for survivors and fight the fire. The ship had been hit by a Kamikaze plane.

Robert returned to Virginia in December 1947 with an Honorable Discharge from the Navy.

He worked for Westinghouse Electric until 1955, then as a fireman for Norfolk and Western Railway on the Radford Division until 1964, he then worked for Shepherd's Auto Supply for 24 years, retiring in 1988.

Robert was an active citizen in youth work in the City of Roanoke, coaching and training P.A.L. boxing teams with Detective Paul Vest. He also coached Williamson Road Sandlot baseball and football for 8 years. He was an avid bowler for 33 years at Viking Lanes. In 1985 along with team mates, Joe Lescure, Frank Balthis, Bob Capito and Bob Sloane they won the state championship.

Robert always wished to leave to his family and friends a life of love and happiness for the rest of their lives. It was his wish to thank each and everyone for making it wonderful to have passed through this life. May God keep you and make His face to shine upon you.

In lieu of flowers or gifts, just hug someone each day and tell them you love them.

Graveside services will be held at 11 a.m. on Wednesday, January 27, 2021, in Blue Ridge Memorial Gardens.

The family would like to say a special thank you to the staff at the Virginia Veterans Care Center for the excellent care and gratitude beyond measure to Whitney, who held Robert's hand while he crossed over.

Expressions of sympathy may be sent to the family at www.simpsonfuneral.com

5160 Peters Creek Rd
To plant trees in memory, please visit our Sympathy Store.
Published by Roanoke Times on Jan. 24, 2021.
MEMORIAL EVENTS
Jan
27
Graveside service
11:00a.m.
Blue Ridge Memorial Gardens
Funeral services provided by:
Simpson Funeral Home
GUEST BOOK
2 Entries
Sending love and sympathy to Norma Hurley
Cynde Boyer
January 25, 2021
God Bless you all. What a wonderful life this man lived here on earth and sharing his love with others. He was a great soul and always brought smiles to us every time he would come to the Trust fund for his Hardee's money. Prayers and Blessings to you all.
Joyce Ballinger (VVCC Business Office)
January 24, 2021