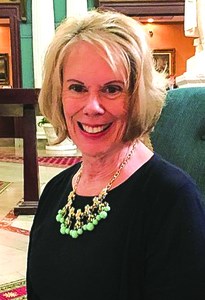 Shelley Clarke White, 74, of Glen Allen, died peacefully on Tuesday, June 1, 2021. She was a loving wife, mother and grandmother.

She has been described as the nicest person on the planet and would do anything for her family and close friends. If she knew you well, you would receive a birthday card every year. No one could have a better friend and supporter. If she felt a close friend or family member was not being treated right, she would take all steps to intervene. Taking pictures at every gathering was a passion and there are thousands of photos to prove it. She was usually behind the camera not in front. Genealogy was a keen interest and she compiled copious notes on relatives from the past. The annual family beach trip to the Outer Banks was her special time. Labrador Retrievers were constant in the home and were showered with love. She had a way of mispronouncing names that was enduring and punctuality was often a challenge.

Shelley was born in Charleston, West Virginia, moved to Richmond, in 1963 attending Douglas Freeman High School and graduated from Westhampton College in 1968. She married her college sweetheart, Bill, in 1970. After eight years of medical claims processing for Aetna, motherhood and the care of her mother became her focus. To accommodate Kate and more room for the family, a house was built in 1988. Later on she was a substitute teacher at local schools and is well remembered to this day. Her passion was showing children they could graduate college. She loved Christmas and usually prepared the holiday meals for all the family. Golf was an interest and the pool with the children and grandchildren was a joy. She was happy to see her children married and simply adored her grandchildren. She felt God gave her purpose to show all children that good marriages are important.

She was preceded in death by her parents, Beauford LaFon and Katherine Smithers Clarke and brother, Beauford LaFon Clarke Jr. She is survived by her husband of 51 years, Bill; daughter, Melanie and son, Clarke; son-in-law, Kenny, daughter-in-law, Jenny and grandchildren, Chloe and Luke; as well as many nieces and nephews. The family would like to thank the nurses and staff of Henrico Doctors Hospital Forest their excellent care and compassion.

Family will receive friends from 12:30 until 1:30 p.m. on Monday, June 7, 2021, at Second Baptist Church with a livestreamed funeral service to follow at 1:30 p.m. Interment will follow the service in Greenwood Memorial Gardens, Goochland, Va.

1771 N. Parham Road
Published by Roanoke Times on Jun. 6, 2021.
To plant trees in memory, please visit the Sympathy Store.
MEMORIAL EVENTS
Jun
7
Visitation
12:30p.m. - 1:30p.m.
Second Baptist Church
VA
Jun
7
Funeral service
1:30p.m.
Second Baptist Church
VA
Funeral services provided by:
Woody Funeral Home Parham
MAKE A DONATION
MEMORIES & CONDOLENCES
Sponsored by Woody Funeral Home Parham.
1 Entry
Shelley's smile and laugh would light up a room and bring joy to those around her. I will miss my cousin and friend. I knew I was embraced by the LaFon/Clarke family when with Shelley. I will always cherish the fun times at the beach and think of Shelley with her beloved Labs. Watch over us, Shelley, from across the Rainbow Bridge.
Linda Farnsworth Gregory
Family
June 6, 2021
Showing 1 - 1 of 1 results