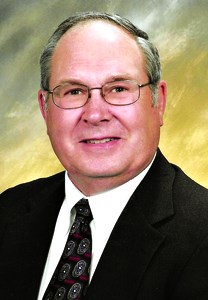 Stephen Garland Sheets, 74, of Daleville, Virginia, passed away peacefully at home on Thursday, January 21, 2021, surrounded by his loving family.

Steve was born in Roanoke, Virginia on April 10, 1946. He graduated from Northside High School in 1964. Steve attended Edwards Military Institute in Salemburg, North Carolina and later graduated from Virginia Southern. For many years he worked at his grandfather's pharmacy, Crouch's. Steve started his career in 1974 in the family business at J.G. Sheets & Sons, Inc., Realtors - Auctioneers, located in Roanoke, Virginia. His love and passion of the auction business continued to grow and led him to become the owner and president of the business. This third-generation family business ended after a life-altering accident in 2001. Steve spent the next twenty years attempting to find quality in life despite the debilitating injuries he endured. He, with Cheryl's assistance, continued to dabble in auctions, coin collecting, and real estate. Steve loved NASCAR racing, college sports, namely he was a Wahoo fan, Case and John Deere tractors, and gospel and country western music.

He was a member of The Virginia Auctioneers Association, where he held numerous offices. Steve was also a member of many other clubs and associations, which included: The National Auctioneers Association, Certified Auctioneers Institute, Scottish Rite of Freemasonry (32 degree), Royal Order of Jesters (Court #59), Masonic Lodge, Williamson Road Lodge #163, A.F. & A.M. of Virginia, Kazim Shriners, Roanoke Valley Shrine Club, and the Salem Coin Club, Inc. He was also a charter Member of North Roanoke Baptist Church (NRBC) and maintained his membership there for the entirety of his life, along with belonging to Devoted Followers Sunday School Class.

The Funeral Service will be held at 11 a.m. on Monday, January 25, 2021, at North Roanoke Baptist Church by Pastor Daniel J. Palmer and Dr. Darryl G. Crim. A Graveside Service will follow at Cedar Lawn Memorial Park. The family will receive friends one hour prior to the service at the church. For those not able to attend in person, a livestream of the service will be available from the YouTube channel of North Roanoke Baptist Church at approximately 10:50 a.m. The graveside service will be recorded and available from the YouTube channel of Stephen Sheets.

In lieu of flowers, the family asks that memorial donations be made to North Roanoke Baptist Church, 6402 Peters Creek Road, Roanoke, VA 24019. Online condolences may be shared with the family at www.oakeys.com.

To plant trees in memory, please visit our Sympathy Store.
Published by Roanoke Times on Jan. 24, 2021.
MEMORIAL EVENTS
Jan
25
Visitation
10:00a.m. - 11:00a.m.
North Roanoke Baptist Church
Jan
25
Funeral service
11:00a.m.
North Roanoke Baptist Church
Funeral services provided by:
Oakey's Funeral Home & Crematory - North Chapel
GUEST BOOK
2 Entries
Steve and I were good friends at Virginia Southern. I often think about my friends from there. Steve was a great friend. My prayers are with you all.
Jigger Roberts
January 25, 2021
I worked for JG Sheets and Sons when. I was very young your family was very kind to me and. I. Had lots of. Fun your family is. Now. In my prayers
Lee Robertson.
January 24, 2021