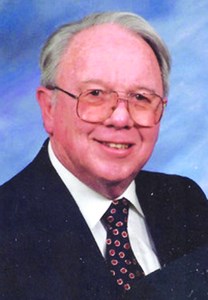 Therman Lee Richards, age 90, of Blacksburg, slipped away into the arms of Jesus on Saturday, May 15, 2021, at his home surrounded by his family. He was born in Floyd County, Va. on June 24, 1930 to the late Mauyer and Ricie Vaden Altizer Richards.

He was preceded in death by his daughter, Karen Lee Masson; brother, Mauyer Denton Richards. He was a longtime, faithful member of Blacksburg Baptist Church. T retired as a Lt. Colonel from the U.S. Army, he began his military career as a U.S. Marine. He later joined the Maryland National Guard, where he was commissioned. Upon retirement, he earned his Masters Degree from Florida Institute of Technology and later entered Atlanta Law School and completed his Juris Doctorate, and also studied Theology at Columbia Theological Seminary.

A funeral service will be held on Thursday, May 20, 2021 at 2 p.m. at Blacksburg Baptist Church with Dr. Tommy McDearis and the Rev. Todd Millsaps officiating. Interment will be at Arlington National Cemetery. The family will receive friends from 1 until 2 p.m. prior to the service at the church. Arrangements by McCoy Funeral Home, Blacksburg.