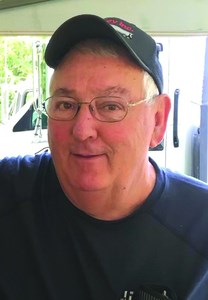 He was a long-time member of Christ Lutheran Church of Roanoke, serving as an usher and participating in their HandyFolk group. He served in the Vietnam War in the 500th engineering division. Billy worked at Norfolk Southern and retired after 42 years of service. Billy was also an active and supporting member of the Southwestern Virginia Antique Tractor and Gas Engine Association and also the Southwestern Virginia Antique Farm Days.

His life revolved around his family, especially his grandchildren. He was a devoted husband, father, brother, Papaw, and friend. He was a master craftsman who excelled in everything he did. He not only excelled as a craftsman but, in every aspect of life. He always put the needs of others before himself.

A private family service will be held on Wednesday, February 17, 2021. A memorial service and celebration of life will be held at a later date. In lieu of flowers, please consider making a donation in his memory to Christ Lutheran Church of Roanoke, 2011 Brandon Ave. Roanoke, VA 24015, Prostate Cancer Foundation or charity of choice. 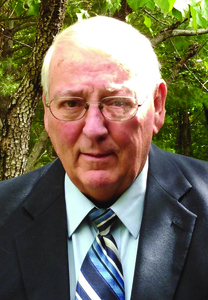 To plant trees in memory, please visit our Sympathy Store.
Published by Roanoke Times on Feb. 16, 2021.
MEMORIAL EVENTS
No memorial events are currently scheduled.
To offer your sympathy during this difficult time, you can now have memorial trees planted in a National Forest in memory of your loved one.
Funeral services provided by:
FLORA FUNERAL SERVICE INC
GUEST BOOK
7 Entries
I just learned of Billy's passing this morning. He was always a pleasure to work with. I thought a lot of him. We don't get the paper so I may not know of the memorial service. If I do and it is at all possible I will be there. You have my deepest sympathy and prayers. You and I went to high school together.
Paul Gray
February 25, 2021
My deepest sympathy for your loss to all the family. He was loved by his NS family.
Walter Rader
February 18, 2021
Billy was a God sent person with qualities that most do not have. Heaven is receiving a remarkable man.
J D Walker
February 17, 2021
Sorry for your loss. Billy will be truly missed .
Steve Burgess
February 16, 2021
Billy was the best boss I ever had and a good friend. We are all Blessed to have had him in our lives. Sending our deepest sympathies to his family. May God Bless you all with peace and healing. Love, in Christ!
Ralph and Linda Anderson
February 16, 2021
Carolyn, Jonathan and Family, I am so sorry to hear this. My prayers with all of you in this difficult time. May you find peace in your memories and know that many are keeping you in Their hearts.
Sandra Dickey Phillips
February 16, 2021
Anything I can do, please call me. Good bye old friend
John Harmon
February 16, 2021