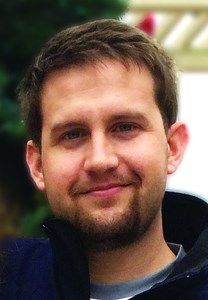 After a difficult battle with Hepatitis, Winston Charles Phelps, 30, passed away at HCA Houston Clear Lake Medical Center in Webster, Texas, on Sunday, August 15, 2021, with his family present. Winston was born on August 6, 1991, in Radford, Virginia. He graduated from Clear Springs High School in League City, Texas in 2010 and attended San Jacinto College in Houston, Texas.

A memorial service will be held at Blacksburg United Methodist Church at 1 p.m. on Saturday, September 18, 2021, followed by a blessing at New River Valley Memorial Gardens on North Main Street in Blacksburg, where the family will also greet friends.

The family requests that everyone please wear a mask and follow COVID safety protocol.

In lieu of flowers, the family requests that donations be made to Bay Area Recovery Center Donations, Attn: Joe or Billy, 4316 Washington Street, Dickinson, TX 77539. A scholarship fund has been established in Winston's name.

The Phelps family is in the care of Mullins Funeral Home & Crematory. www.mullinsfuneralhome.com.

Radford, Virginia
Published by Roanoke Times on Sep. 12, 2021.
MEMORIAL EVENTS
Sep
18
Memorial service
1:00p.m.
Blacksburg United Methodist Church
VA
Funeral services provided by:
Mullins Funeral Home & Crematory
MAKE A DONATION
MEMORIES & CONDOLENCES
Sponsored by Mullins Funeral Home & Crematory.
5 Entries
Anne Canada and Family:
How saddened I was to learn of the passing of your son Winston... My thoughts are with you.
Lindsay Coleman
Lindsay Coleman
Friend
November 2, 2021
I was so sorry to hear about Winston. My thoughts and prayers are with you.

Palma Clark
Palma Clark
September 27, 2021
Rusty and I are sorry to hear Winston has died. We remember him as a child playing with his sister and our children as we enjoyed time with Dan and Anne. May he rest In peace and his family be comforted in the difficult days ahead.
Lisa Swope
Acquaintance
September 15, 2021
Dan,
I'm very sorry to hear about the loss of your son. My thoughts and prayers are with you and your family.
Mark Weikel
Coworker
September 15, 2021
Just so sorry to learn of Winston's death. We've known his mom and her family since the 70s in Front Royal, Virginia.
Virginia Bethune
Friend
September 3, 2021
Showing 1 - 5 of 5 results