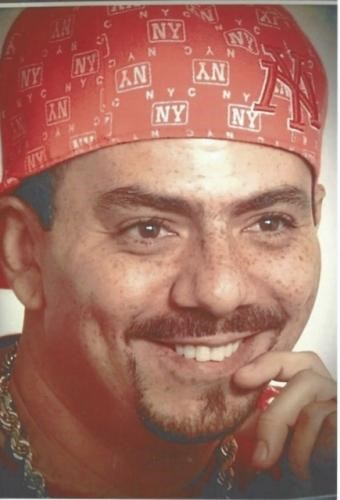 The funeral will be conducted at 4 p.m. today at Mt. Airy Baptist Church, the Revs. Steve Strickland and Terry Hunt officiating. Burial will follow in the Oxendine Cemetery.

He was preceded in death by his mother, Jeanette Blue Oxendine; and his sister, Chris Michelle Sampson.

The family received friends on March 16, 2015, at Mt. Airy Baptist Church. Online condolence may be made at www.revelsfh.com

Published by The Robesonian from Mar. 17 to Mar. 18, 2015.
To plant trees in memory, please visit the Sympathy Store.
MEMORIAL EVENTS
To offer your sympathy during this difficult time, you can now have memorial trees planted in a National Forest in memory of your loved one.
MAKE A DONATION
MEMORIES & CONDOLENCES
3 Entries
Ms. Mary you and your family are in my prayers. So sorry for your lost.
LaToya Campbell
March 18, 2015
Sorry for the loss to the family.I was a family friend,Buddy will be missed. I just saw him a week ago;We were talking about Chris,Rabbit and Mama Jeanette...Rest in peace my friend.Praying for the Family and friends.
Betty (BJ) Dial
March 17, 2015
Sorry to hear that James had passed. Always a nice person in school. The class of 1986 will continue to pray for the family.
March 17, 2015
Showing 1 - 3 of 3 results