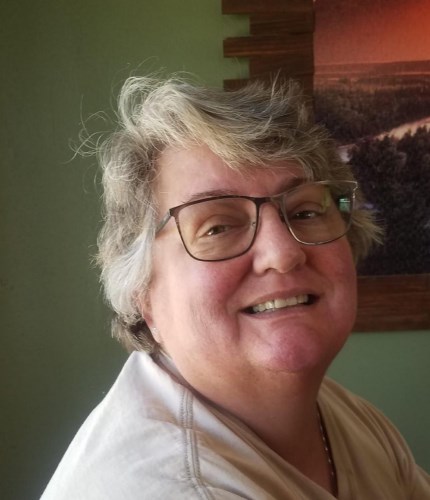 She was born on June 2, 1960 in Washington; the daughter of Herman Busse and Margaret Busse (Lawrence).

Mary attended schools in Sullivan, Missouri and was a 1978 graduate of Sullivan Senior High. She later received her B.S. in Industrial Safety and Health.

She married Frederick Moczulski on December 3, 1983 and they later divorced.

Mary was a member of the Immaculate Conception Catholic Church.

She worked in the mining industry for most of her career as an underground trona miner at OCI and later as an Inspector for MSHA.

Mary's interests included cooking, baking, sewing and anything outdoors. She loved being a grandmother most of all. She was an amazing mother, friend, sister, and daughter. Mary always had a smile on her face that lit up a room. Nobody was a stranger, and she always made everyone feel welcome. She was a gentle spirit; but was feisty and funny. Mary was incredibly loved and will be missed by everyone that knew her.

She is preceded in death by her parents and one brother Larry Politte.

Condolences may be left at www.foxfh.com