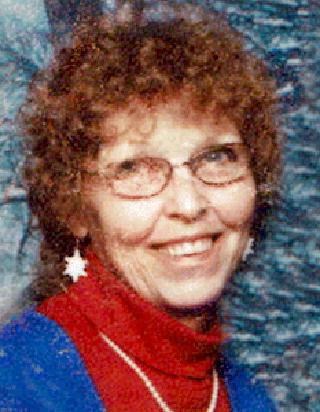 Teresa "Sketter" Holmes Whitehead, age 65, passed away on Saturday, January 30, 2016. Born in Nash County, NC on April 15, 1950, she was born to the late John H. Holmes, Sr. and Margie Lee Wilson. When Teresa was eight months old, she was left with her grandparents, the late Albert S. Holmes and Addie W. Holmes. She was also preceded in death by her brothers, Melvin, Albert, Jr., John, and Charles; a step-sister, Vernell Mills; and son-in-law, David Young.

Teresa's grandparents raised her as their daughter and later adopted her. To her, they were her Mama and Daddy. They cared and looked after her until she was grown. They continued to help her after she had her two children, Melvin and Melissa. She in turned cared and looked after them until they passed away.

Teresa's love of the Lord and her family were the best part of her life. She loved to read and sew. She worked for many years in sewing. She also did some office work. She also helped take care of many of her family members until they passed away. That was the part she loved most, caring and giving to others. She also loved animals, especially cats.

Teresa leaves behind to cherish her memory, her loving husband of 36 years, Billie Mack Whitehead, her son, Melvin Whitehead and his wife, Lori, of Raleigh; and her daughter, Melissa Young and her companion, Chris Capps, of Sims. She is also survived by her grandchildren, Amanda Nell Young and Noah Davis Whitehead, as they were the light of her life; and her brother, Rocky Dan Holmes and his wife, Patricia; Randy Joe Holmes and his wife, Rhonda; her sister, Elwanda H. Whitaker and her husband, Dale, all from Mississippi; her sister, Denise Clayton and her husband, Kyle, of Many LA; and her sister, Carolyn Bass and her husband, Robert, of Rocky Mount; her sister-in-law, Nancy Holmes of Tarboro; many nieces and nephews; and her best friend of 45 years, Liz Bunn of Wilson.

A Graveside Service will be held on Friday, February 5, 2016 at 11:00 AM at Rocky Mount Memorial Park. The family will receive friends and relatives on Thursday, February 4, 2016 from 7:00 PM to 9:00 PM at Wheeler and Woodlief Funeral Home & Cremation Services.

As published in the Rocky Mount Telegram
Published by Rocky Mount Telegram on Feb. 2, 2016.
To plant trees in memory, please visit the Sympathy Store.
MEMORIAL EVENTS
To offer your sympathy during this difficult time, you can now have memorial trees planted in a National Forest in memory of your loved one.
Funeral services provided by:
Wheeler & Woodlief Funeral Home - Rocky Mount
MAKE A DONATION
MEMORIES & CONDOLENCES
4 Entries
So sorry for your loss and know she will be missed.

Loretta Joyner
February 5, 2016
My hugs, thoughts and prayers are with you Melissa, Melvin & Billy. Aunt Sketter was a beautiful soul and she will be undoubtedly missed.
Stuart Powell
February 4, 2016
Our Deepest sympathy We loved Skeeter very much.She was a wonderful friend and person.Billy May God comfort you and the family at this time.We Love ya.
Jeffrey and Teresa Collins
February 4, 2016
Words cannot express the grief we are feeling now. Skeeter was so special to our family as well as Billie, Melvin & Melissa. Our thoughts, prayers & love go out to the family. We love y'all so much.
Barbara & Kimberly Williams
February 2, 2016
Showing 1 - 4 of 4 results