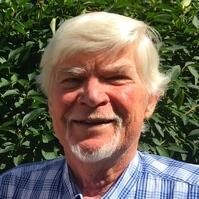 BORN
1939
DIED
2017
Dr. Clifford E. Knapp 1939—2017
Dr. Clifford E. Knapp, 78, of Oregon, IL, husband of Nancy Churchill, passed away unexpectedly Sunday, September 17, 2017. He was born in New Jersey, son of the late Edward and Louise Knapp of Ridgefield, NJ, where he grew up. He is survived by his sister, Mary Louise Spivak of Vermont, his brother, Steven Knapp, who lives with his wife Jackie in New Jersey; three daughters: Dawn Martel of Lombard, IL, Eve Knapp of Ferndale, MD, and Jenny Franz who lives in Lombard with her husband, Scott; seven grandchildren: Cindy Ward and husband Adam Ward, Shawn Culhane, Eric Vooys, Shannon Vooys, Cory Martel, Ryan Franz and Lucy Franz; and two great grandsons, Aiden Ward and Bobby Clogston. His sister Madeleine Knapp and son Ryan Knapp preceded him in death. Cliff was a pioneer in the field of outdoor education. He received his PhD at Southern Illinois University before becoming director at Northern Illinois University's Lorado Taft Field Campus, Oregon, IL, in 1980. After serving in that role for 3 years, he continued as professor in the Outdoor Teacher Education program until he retired in 2001. He was teacher, mentor and friend to many grad students from all over the world pursuing degrees in Outdoor Teacher Education at Lorado Taft. His deep devotion to Indian Country at Waswagoning on the Lac du Flambeau, Wisconsin Reservation prompted many of his students to follow similar paths through the Taft Native Colloquiums. Cliff never lost his sense of wonder or energy in studying nature and human interaction with nature, giving workshops throughout retirement across the country and abroad, authoring and co-authoring numerous books and articles right up to the end. He was looking forward to healing so he could edit his forthcoming book one last time: "Blazing Trails: Early Naturalists Connecting with Nature." Cliff was a beacon in his field, and will be dearly missed.
A celebration of Cliff's life is planned for Saturday, November 4, 1 to 4 p.m., at the Taft Dining Hall, Lorado Taft Campus, 1414 N. River Rd, Oregon, IL. The venue will be open all day, and rooms will be available for out-of-town guests Friday through Sunday. Contact the family to reserve rooms, not Taft.
Published by Rockford Register Star from Sep. 26 to Sep. 28, 2017.
To plant trees in memory, please visit the Sympathy Store.
MEMORIAL EVENTS
Nov
4
Celebration of Life
1:00p.m. - 4:00p.m.
Taft Dining Hall, Lorado Taft Campus
1414 N. River Rd, Oregon, IL
MAKE A DONATION
MEMORIES & CONDOLENCES
8 Entries
Cliff and I were classmates at Dwight Morrow High School. He was a terrific guy then and obviously he went on to be an inspiration to so many. My deepest condolences and my wish that you receive comfort by the many loving and blessed memories that you share with each other.
Linda Stein Poskanzer
February 23, 2018
Cliff was one of my best friends at Dwight Morrow High School in Englewood, New Jersey. We had been in touch via or Class of '57 website last year and I knew he was seriously ill. His death makes me very sad as he was a beautiful person and truly one of the "good guys". My condolences to his family, colleagues and friend and also to all those who knew and loved him in high school.
John Hermos
February 19, 2018
Cliff was a friend and supporter of Midwest SOARRING Foundation and we appreciated his kindness and support. We are so sorry for this loss. He is a wonderful man and will truly be missed. We send our regrets that we were not able to attend his memorial due to some health issues, but please know we keep you all in our prayers.
Joseph and Janet Standing Bear Schranz
November 5, 2017
I feel so blessed to have gotten to know Cliff over the past several years. He was a breath of fresh air in his attitude toward life and living. I enjoyed hearing about the classes he would teach, the books he wrote, and his travels. He was a very kind, generous, and caring man- loved his family and his life's passions and his life's actions were a great representation of that. I will miss Cliff. My thoughts and prayers are and have been with all of you,
Kathy Morton
November 3, 2017
Cliff was an inspiration and mentor to me as I navigated my way through understandings of place-based environmental education, practicing sound and engaged pedagogy, being mindful of the Earth and my place in it, and throughout my years of leadership with the Association for Experiential Education.

I miss you already Cliff !

Your wisdom and light will live on in those whose lives you touched. We will do our best to honour you and uphold your teachings in our daily practices.

Mary Breunig, Toronto, Canada
October 3, 2017
Blessed be! Cliff will always be remembered for Humanizing Environmental Education. Tying us all together. We are all brothers and sisters! Love ya Cliff. Another Big Tree is down.
David Stokes
October 2, 2017
The entire extended Franz family will miss Cliff greatly. His ready smile, congenial manner, and laid-back, soft spoken presence was such a welcome addition to our family gatherings! I fondly remember the numerous times he and I would share a joke or humorous story while standing together at the kitchen sink scrubbing pots and pans after one of our holiday get-togethers at Jen and Scott's. Our thoughts and prayers are with all the Knapps and their beautiful families! Bob and Marianne
Bob and Marianne Franz
September 30, 2017
I loved how Cliff never lost his sense of wonder and his unassuming nature. Both my husband and I were grateful to have him as a mentor and instructor as Taft GTAs. He will be missed.
Virginia and James Pointer
September 27, 2017
Showing 1 - 8 of 8 results