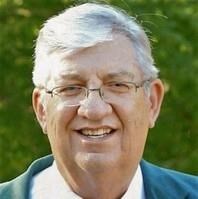 BORN
1950
DIED
2019
ABOUT
Guilford High School
FUNERAL HOME
Honquest Family Funeral Home with Crematory - Loves Park
4311 North Mulford Road
Loves Park, IL
Rev. Dale "Doc" O. Spurlock 1950—2019
On Monday, March 4, 2019, Rev. Dale "Doc" Owen Spurlock, loving husband, father, and papa, passed away at age 68 years young, after a long and courageous battle.
Dale came into this world on June 21st, 1950 in Rockford, Illinois to the late Thomas Owen and Aubrey Neal (Sharp) Spurlock. He graduated from Guilford High School and was drafted to serve his country during the Vietnam War. Dale served honorably as a medical corpsman with the United States Army and married the love of his life, Donna Kay Howery, in summer of 1974. Dale spent the majority of his early career as a skilled tool maker and machinist, until retiring from the profession in the mid-1990's. Dale devoted most of his life to God's work and would spend nearly 40 years spreading the gospel and serving others.
Dale's faith, patriotism, and war-time service inspired him to continue to serve his fellow veterans and communities. He worked tirelessly for decades as a volunteer, chaplain, advocate, advisor, and counselor within the Department of Veteran Affairs, the Vietnam Veterans of America Chapter 0984, and Point Man International Ministries.
While Dale's greatest passion was serving others, his most treasured moments were those spent with family and friends. He loved boating and fishing with his brothers, hosting poolside barbecues at home, and fellowship with friends over a meal, dessert, or coffee.
Dale was preceded in passing by his father, Thomas; mother, Aubrey; beloved sister, Barbara. He is survived and endeared by his wife, Donna; his two children, Tina (Joe) Tierney and Jeff (Anna) Spurlock; his sister, Anita (Virgil) Collins; his brothers, Tom (Karen), Rob (Sarah) and Steve (Brenda) and many cousins, nieces, and nephews. Dale is also survived by his three adored granddaughters, Hollie, Savannah, and Marianna Mae; his precious great-granddaughters, Skylar, Addelyn, Harper, and Hailey; his much-loved great-grandson, Gage; and his darling Yorkie, Winnie.
A visitation will be held on Friday, March 8, 2019 from 5-8pm and on Saturday from 10-11am in Honquest Family Funeral Homes with Crematory, Mulford Chapel, 4311 North Mulford Rd., Loves Park, IL 61111. A funeral service will follow at 11am with a graveside service at 3pm within the Scottish Argyle Cemetery, 8901 Picken Rd., Caledonia, IL. To view the full obituary, share a memory or condolence please visit www.honquestfh.com
Published by Rockford Register Star from Mar. 6 to Mar. 8, 2019.
To plant trees in memory, please visit the Sympathy Store.
MEMORIAL EVENTS
Mar
8
Visitation
5:00p.m. - 8:00p.m.
Honquest Family Funeral Home with Crematory - Loves Park
4311 North Mulford Road, Loves Park, IL
Mar
9
Visitation
10:00a.m. - 11:00a.m.
Honquest Family Funeral Home with Crematory - Loves Park
4311 North Mulford Road, Loves Park, IL
Mar
9
Funeral service
11:00a.m.
Honquest Family Funeral Home with Crematory - Loves Park
4311 North Mulford Road, Loves Park, IL
Mar
9
Graveside service
3:00p.m.
Scottish Argyle Cemetery
8901 Picken Rd., Caledonia, IL
Funeral services provided by:
Honquest Family Funeral Home with Crematory - Loves Park
MAKE A DONATION
MEMORIES & CONDOLENCES
Sponsored by Honquest Family Funeral Home with Crematory - Loves Park.
3 Entries
I'm sad to learn of Doc's passing. We were always pleased to hear his comments on the radio, and glad to meet him at the Libertarians' meeting. Beast Wishes to Your Family. E.J. Pagel, Winnebago
E.J. Pagel
March 27, 2019
Ralph and I will truely miss Dale. We were members of his Pointman group and enjoyed all the time we spent with him.
April Timbush
March 9, 2019
RIP I have been in the family for 17 years and in that time dale did the service when my uncle Kenny passed and my step son Kelly passed he also did the service for him we always had fun at there home swimming and having a great time you will be missed so much we love you thank you for serving our country and all the wonderful things u have done to help others we love u and u will be miss so much love always..Love james and dennie Moore
March 7, 2019
Showing 1 - 3 of 3 results