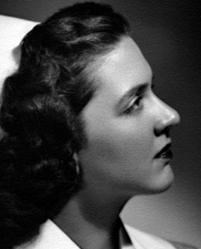 Appler, 93, of Oregon, died peacefully at home on Sunday August 2, 2015. She was born August 17, 1921, in Ashton, the daughter of Oswin and Clara (Wagner) Semmler. Married to Raymond G. Appler June 18, 1950, in Ashton. As a young girl she attended Gooch School, a one room schoolhouse near Ashton. She graduated from Ashton High School at the age of 15, and decided education was her field of interest. After graduating from Northern Illinois Teachers College she returned to teach at Hart School near Ashton. In 1943, she finished her 4 year degree at Northern and then went on to teach in the Rochelle School District. Because of her experience as a school health supervisor and her role as a school nurse, she decided to further her education in nursing. In 1947, she began a Nursing Master's program at Yale University in New Haven, Connecticut. After completing this degree she began her nursing career as Assistant Director of the School of Nursing at Katherine Shaw Bethea Hospital in Dixon. She went on to serve as Executive Director of the Ogle County Tuberculosis Association in 1962. In 1968, she was hired by Sauk Valley Community College as Assistant Professor of Medical Surgical Nursing and then became Director of Nursing Education in 1973. Esther finished her nursing career at Northern Illinois University from 1976 to 1988, as an Assistant Professor of Medical Surgical Nursing and concluded her last 8 years as an Academic Advisor for the department. Esther exemplified a life of service to her church, her profession and her family. Grateful for having shared in her life are: her husband, Raymond; four children, Mary (Mark) Kiepura of Arlington Heights, John (Diane) Appler of Kihea, Hawaii, Joe (Colleen) Appler of Littleton, Colorado and Marcia (Ned) Birkey of Ida, Michigan; and ten grandchildren, Whitney and Madeline Kiepura, Justin and Rick Appler, Nick Snoey, Kirstie and Jordan Appler and Leah, Lauren and Ben Birkey. Private services were held at the First Presbyterian Church in Oregon. Farrell-Holland-Gale Funeral Home, Oregon, assisted the family with arrangements. In lieu of flowers, memorials may be directed to Northern Illinois University School of Nursing/Esther J. Appler Memorial Scholarship Fund or Serenity Hospice and Home, Oregon. A Memorial Celebration of Life honoring Esther will be held in October. For further information please contact: [email protected]
Published by Rockford Register Star from Aug. 15 to Aug. 16, 2015.
To plant trees in memory, please visit the Sympathy Store.
MEMORIAL EVENTS
To offer your sympathy during this difficult time, you can now have memorial trees planted in a National Forest in memory of your loved one.
Funeral services provided by:
Farrell-Holland-Gale Funeral Home
MAKE A DONATION
MEMORIES & CONDOLENCES
Sponsored by Farrell-Holland-Gale Funeral Home Oregon Chapel.
0 Entries
Be the first to post a memory or condolences.