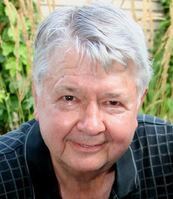 BORN
1934
DIED
2021
Orlyn G. Huwe 1934—2021
Orlyn Glen Huwe died peacefully at his Rockford home on Sunday, June 20, 2021. Orlyn was born in Day County, South Dakota, in 1934, to Arthur and Viola (Selle) Huwe. He married Rita Carol Carey in Troy, Ohio, in 1960. They have three sons, three grandchildren, and one great grandchild. One granddaughter, Amelia, died in infancy.
Orlyn's family moved to Omaha, Nebraska, in 1945. He graduated from Tech High School in 1952. Orlyn graduated from Augustana College in Sioux Falls, South Dakota in 1958. After attending theological seminaries in St. Paul, Minnesota, and Columbus, Ohio, and serving an internship at St. Mark Lutheran Church in Butler Pennsylvania, he graduated in 1964. Orlyn was ordained as a Lutheran pastor a few weeks later at Our Savior's Lutheran Church in Omaha, Nebraska.
Pastor Huwe served three congregations before retirement: Good Shepherd Lutheran Church in Washington, Indiana; New Life Lutheran (founding pastor) in Bolingbrook, Illinois; and The Lutheran Church of the Good Shepherd in Rockford, Illinois. After his retirement, he served on an interim basis at First Lutheran of Freeport, Prince of Peace Lutheran in Rockton, and Grace Lutheran in Loves Park (all Illinois).
Orlyn served in the U.S. Army from 1954-56, and was stationed in southern France for 16 months.
Orlyn had a passion for Rockford Area Habitat for Humanity and volunteered in many capacities there. He received much satisfaction from giving blood regularly. Orlyn enjoyed gardening with Rita. He was thankful for the many trips he was able to take with his wife, including trips with each of their grandchildren to the location of each child's choosing. He gained an appreciation for classical music and impressionist art in retirement years. He was an avid fan of the Chicago Bulls and Bears, and at age 81, he became a Cubs fan. Orlyn enjoyed playing basketball, football, and baseball in his early years and enjoyed fishing most of his life.
Orlyn considered himself richly blessed. Family was of utmost importance to him. Orlyn is survived by his wife Rita, and their three sons: Dave (Beth) of Monona, Wisconsin; Tim of Rockford; and John (Vickie) of Machesney Park. He is also survived by three grandchildren: Stephanie (Tanner) Boudreaux; Ted Huwe; and Rachel (Austin Pick) Huwe; and great granddaughter Ellie. One sister, Marvel Ring, also survives.
He was preceded in death by his parents, three brothers, one sister, and granddaughter.
As the consummate recycler, Orlyn made the decision to donate his body to science.
In lieu of flowers, memorials may be made to the Rockford Area Habitat for Humanity or the Emmanuel Lutheran Church Food Pantry, Rockford, Illinois. Visitation will be held at the Lutheran Church of the Good Shepherd in Rockford on Friday, July, 2 from 9-10:30 a.m., followed by a memorial service at 11 a.m. To send online condolences, please visit www.fitzgeraldfh.com

Published by Rockford Register Star from Jun. 26 to Jun. 28, 2021.
To plant trees in memory, please visit the Sympathy Store.
MEMORIAL EVENTS
Jul
2
Visitation
9:00a.m. - 10:30a.m.
the Lutheran Church of the Good Shepherd
Rockford, IL
Jul
2
Memorial service
11:00a.m.
the Lutheran Church of the Good Shepherd
Rockford, IL
MAKE A DONATION
Please consider a donation as requested by the family.
MEMORIES & CONDOLENCES
3 Entries
My deepest condolences RIH Orlyn Thank you for all you did for me and my family building my Home in 2001/2002 such a humble man
Annette Walker
Other
July 6, 2021
I offer my sympathy and condolences to Rita and family. May loving grace and peace surround you. I always enjoyed talking to Orlyn and know he will be greatly missed. He is on a great journey
Liz Dickinson
Friend
July 3, 2021
My condolences to the family. I enjoyed having talks with him and Rita while out in the gardens. A good neighbor and a wonderful, generous man.
mike diventi
June 27, 2021
Showing 1 - 3 of 3 results