FUNERAL HOME
Genandt Funeral Home
602 N Elida St
Winnebago, IL
RICO R. PARIS WINNEBAGO - Rico R. Paris: Born 1937, Died December 21, 2013. "There is nothing better than people." This statement exemplifies the life of Rico Paris, for he was wealthy in family, friends, and knew people from many walks of life. Born to Dom and Ethel (Soter) Paris on August 21, 1937, he lived a rich and rewarding life. Dom and his sons, Rico and Peter, opened Dom Paris and Sons Collision Center, an auto body shop in 1958, which was the home base for the creation of the dragsters built by Rico and his brother. Rico, as driver, touched base and raced with the drag racing community that existed across the United States during the 50"s and 60's. With his brother, Rico was one of the first to create a dual engine dragster. The car was shown and raced in many different venues across the country. Unfortunately, continued exposure to paint fumes brought about a stroke for Rico when he was 40 years old. Told he probably would never walk again, his determination and persistence proved all the doctors wrong. Within a year and a half, he had picked himself up and was moving on with his life. Prior to his stroke, Rico loved bowling, hunting, trap shooting, and of course, drag racing, and in spite of his disability, later in life, he developed a love of golf. He played most of the links in the area and many out o state locations. Rico also made wine for many years, and loved to give it away. He is lovingly survived by his wife, Marilynn Carey Paris; son, Dom Paris; daughters, Laura (Bucky) Ihlenfeldt and Lindsey (Mike) Vanderhouter; grandchildren, Jake, Mia and Sam Ihlenfeldt; brother, Peter (Maria) Paris; nieces, Libby (Mark) Lystiuk, Lisa Abate and Lana (Donald) Zwiefelhhoper; great-nephews, Aaron Lystiuk, Joey Abate and Sam Zwiefelhoper; godson, Joseph Paris; stepchildren, Rick Corey, Natalie (Denton) Teague and Reid Corey; stepgreat-grandchildren, Elizabeth Corey, Brent (Nancy Mandell) Teague, Jeffery and Abigail Teague, and Adam and Jason Corey; and stepgreat-great-granddaughter, Paige Teague. Rico's family wishes to thank Liberty Village for their professional and loving care. Both Rico and his wife have made donations of their remains to institutions of higher learning. A celebration of Rico's life will be announced at a later date. Arrangements by Genandt Funeral Home, 602 N. Elida St., Winnebago. In lieu of flowers, the family is requesting gifts to be given to First Presbyterian Church, 208 W. Winnebago St., Box 38, Winnebago, IL 61088.
Published by Rockford Register Star from Dec. 22 to Dec. 23, 2013.
To plant trees in memory, please visit the Sympathy Store.
MEMORIAL EVENTS
To offer your sympathy during this difficult time, you can now have memorial trees planted in a National Forest in memory of your loved one.
Funeral services provided by:
Genandt Funeral Home
MAKE A DONATION
MEMORIES & CONDOLENCES
38 Entries
Dear Marilyn and Dom and Laura and Lindsay and Peter,
Our deepest sympathies to you during this sad time in your lives. Rico was a great neighbor and was always quick with a hand shake and a smile and was always happy to see us when we ran into him! I'm sorry we never made it up to see you after you moved from around the corner. May you find peace and comfort in the arms of family and friends and may fond memories console you when sadness overwhelms you. Warmest Regards,
Jack & Vicky Rowley
January 2, 2014
Marilyn, I'm so sorry to hear about Rico's passing. Remember we went to LPN school together. We talked since then but life is so crazy, & I've thought about you many times but never seem to find the time to call. Thinking of you & his family & you're all in my thoughts & prayers. Contact me when you feel like it. Nancy Kohler 815-654-0441
January 2, 2014 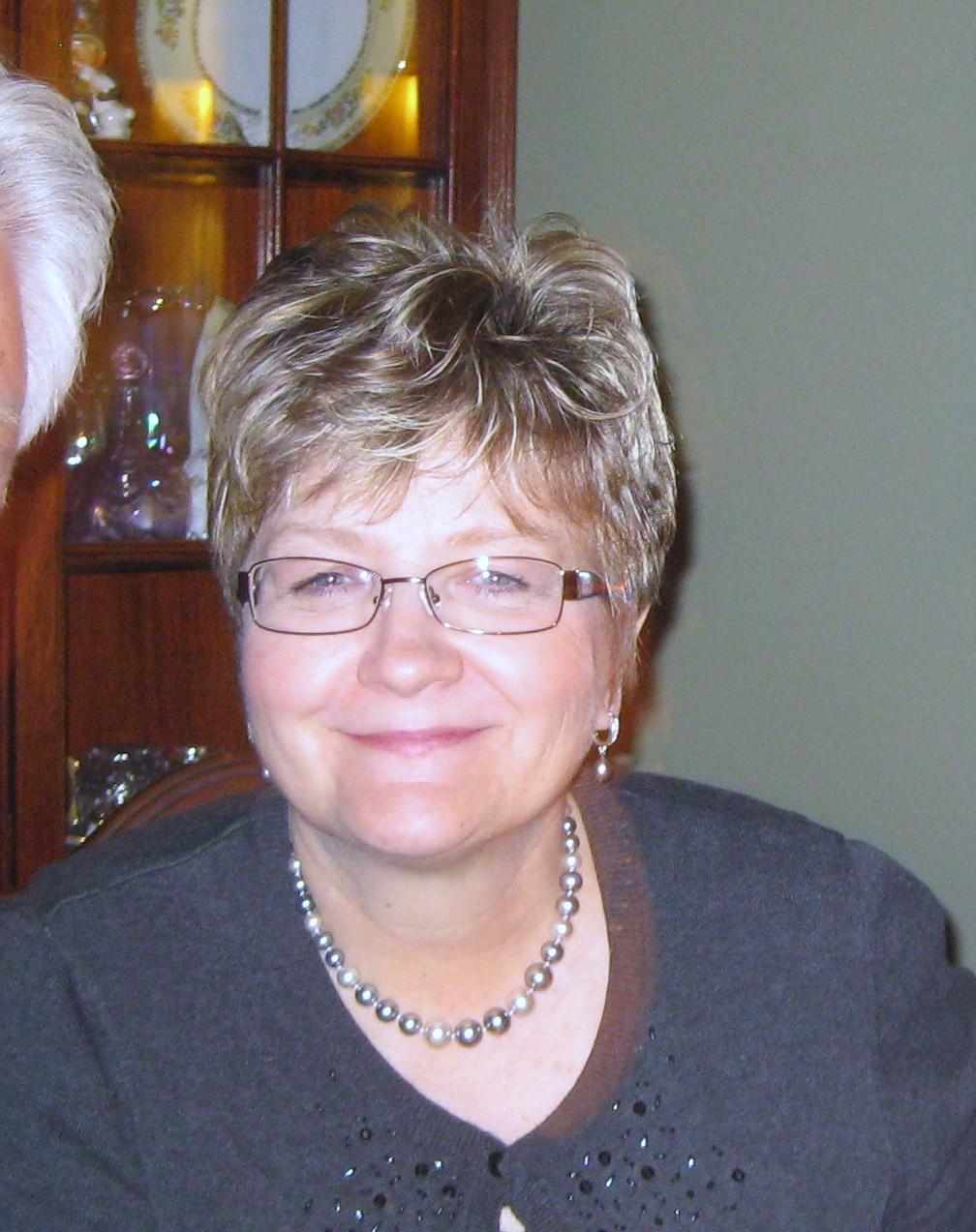 Marilyn,
It was good to see you today and embrace you. You are a darling lady. Rico and you made a fabulous couple, loved by many as it was obvious today with so many attending and enjoying the service. It was nice to see your scrapbbooking work up on the screen...that came in handy! What a sweet way to share his life with others. I'm sure many were touched.
Lana Swaney
December 30, 2013
My thoughts and prayers to the Paris family. You have all been part of my familym
Jeff Pearson
December 30, 2013
My Thoughts and prayers to the Paris family. You are all my family!
December 30, 2013
Rico ,
I always enjoyed stopping by the shop , seeing you out and about and visiting with you . Your passion for life , family , and cars will always be with me my friend. The times we shared with Dom and your family will remain a constant in my mind until we meet again . Peace be with you .
Jeffrey Manning
December 30, 2013
I worked for Westlake Golf Course in high school and Rico was one of my best friends. From sneaking in a few holes with him while I was working to going with him to my first drag race Rico is a man I am proud to call my friend.
Joseph Satter
December 29, 2013
Marilyn, I never met Rico, but knew him to be a lovable guy because you glowed when you spoke of him. May you be comforted during this time with wonderful memories and the knowledge that you made him very happy.
Lana Swaney
December 29, 2013
My parents and I wish to send our deepest condolences. I was lucky enough to meet Lana in 5th grade and now we are all family. It was always a pleasure to go to the shop and see everyone laughing and joking around, even if you had a "dent" to be fixed. Rico and Pete always had a smile for you. I too will miss the stories; tall tales or not, it made me forget about my wreck sitting behind me. So from Kenneth & Marjorie Severson, and Eric Ainley; we send our thoughts and prayers to the family and friends in this time of reflection. Love to all. We'll miss you Rico!
Dawn Shawver
December 29, 2013
My sympathy to the Paris family Rico always treated me like i was family ! May he rest in peace !!
Jon Brockway
December 28, 2013
Marilynn, my thoughts are with you. Hope all goes well for you. Saundra Jones
December 28, 2013
Every time we saw Rico he had a smile on his face, regardless of what was going on. We can all honor him with our own positive attitude. He will be sorely missed.
Mark and Sandi Schneider
December 27, 2013
I will miss all of our fun times Rico. Our Devils Head trips
and getting you out of the Hot Tub.
Love you forever
Char and Dan Ferri
December 27, 2013
I started racing go karts with Rico in 1960 and my dad went fishing and hunting with his dad. Rico and Pete were role models and Rico's smile will certainly be missed. My deepest condolences to Dom, Pete and the family. Glad I got to spend a day with the guys last summer, going over old pictures and stories, some of which were actually true. God speed, Rico.
Randy MacCloskey
December 24, 2013
We were so sad to hear that Rico died. He always had a smile on his face and always asked how my Dad, Val Eddy was doing. He overcame odds and didn't let his stroke stop him at all. What an inspiration he was! And such a sweet man. My family has taken their cars to the Paris shop for generations and we wouldn't get body work done anywhere else. We had heard that Rico was sick and we were worried about his children and how they were faring. May God give the Paris comfort at this time. We know that Rico is in Heaven and we look forward to his remembrance service. Our deepest condolences to Pete and his children. They surely have wonderful memories of this extraordinary man. We are very proud of the mark and he and Pete made on racing for Rockford. I hope that Rico's trip to Heaven was at warp-speed! God Bless and keep him.
Valeri DeCastris
December 24, 2013
Marilyn, I am very sorry to hear of Rico's passing. You and the family will be in my prayers! What a great man, he will be missed.
Margaret O'Brien
Margaret O'Brien
December 23, 2013
You are in our prayers. Our most heartfelt sympathy to your family.
mike and michelle west
December 23, 2013
We are saddened by the loss of a dear friend and offer our heartfelft condolences to the Paris family.
Mike and Sandy Robinson
December 23, 2013
Marilyn,
Deepest sympathies to you and the family. Rico was one of the sweetest men. I watched him in amazement many times as he played golf at Westlake and we were some of the lucky recipients of his wine! Sending hugs and prayers.
Greg and Paula Deppe
Greg and Paula Deppe
December 23, 2013
We are very sorry to hear our friend Rico has passed away. Our sincere condolences to his family, he will truly be missed.