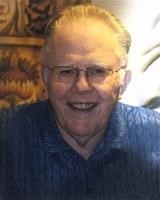 BORN
1934
DIED
2021
FUNERAL HOME
Smart Cremation
7709 Convoy Court, Unit 2E
San Diego, CA
UPCOMING SERVICE
Memorial service
Sep, 25 2021
10:00a.m.
St. Marks UMC
Send Flowers
G. Fred Stalllcop
May 26, 1934 - August 13, 2021
Sacramento, California - Fred passed away peacefully at his home in Sacramento on Friday, 8/13/21 at the age of 87. He was a beloved husband of Cecelia J. Stallcop, loving father of Keith Stallcop (Mardi), Karen White and Kevin Stallcop (Kelly). He was a loving grandfather to Michael (Danielle) and Megan Poulos, Kayla White, Karl, Kandice, Kyle (Tasha), Karisa and Kurtis Stallcop and great grandfather to Michael, Nicholas and Matthew Poulos, Kameron, Kristian, Kaeden, Kylie and Konnor Stallcop.
Fred was born in Pomeroy, WA in 1934. He grew up and worked on the family farm harvesting wheat. He graduated from Washington State University in 1956 with Bachelor of Science in Agriculture. Six days after graduation he married his best friend and soul mate, Cecelia. He was drafted to the Army in 1957 where he served four years in the Air Force ROTC. They moved to California in 1959 where Fred was a USDA Inspector. He began his career in the insurance business in 1960 where he earned several designations. He was the top producer for several years and received many Awards. Fred and Cecelia shared 59 years together before Cecelia passed and they travelled the country near and far sharing many memories with family and friends.
Fred stayed very busy once he was retired. He continued singing with Country Club Aires chorus and was their volunteer business manager, chairman, quartet and soloist. Sons In Retirement (SIR) sponsors CCA. Fred held leadership positions serving as Big Sir (President), organized Bridge Group, RV Group's.
A memorial service will be held at St. Marks UMC located at 2391 St. Marks Way, Sacramento, CA on Saturday, September 25, 2021 at 10:00 am. The service will include a masonic tribute. Due to COVID, masks and social distancing are required and there will be no reception following the service. He will be put to rest in a private ceremony in Pomeroy, WA.
In lieu of flowers, memorials may be made to Heifer International Foundation and mailed to 1 World Avenue, Little Rock, AR 72202 c/o Stallcop Family Endowment. www.heifer.org