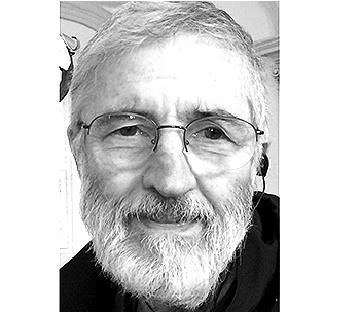 1/19/18 Dr. Hargrave died a few days following his 80th birthday with close family in attendance around his bed. He was born in Southern Illinois into a family whose roots extend back before the Revolutionary War in this country and continued the family military tradition by serving in the US Air Force, both as a navigator and a psychologist. He was part of a team of three navigators who moved the training program from Texas to Mather AFB. He completed a BA at Southern Illinois University, an MA at Sacramento State and a Ph.D. at the University of Washington, Seattle. Later in his career, he became a forensic psychologist completing the certification through the American Board of Forensic Psychology. He later served on their national training academy with a specialty in workplace violence. He is the author of 25 professional publications. Upon retirement, he returned to his love of art, exhibiting his work in the northern California area, achieving the status of Master Painter with Northern California Arts. Dr. Hargrave is survived by his wife, Mary, of 48 years and leaves three children, Brad Hargrave of Sebastopol, Kristin Hartung of Houston, and Melissa Lunden of Berkeley. He also leaves six magnificent grandchildren. Services will be held at Good Shepherd Lutheran Church (1516 Morse Avenue on February 3 at 1 pm and burial will take place later at the Fair Oaks Cemetery. In lieu of flowers, please send donations in his honor to River Oak Center for Children, 5445Laurel Hills Drive , Sacramento, CA 95841.
To plant trees in memory, please visit our Sympathy Store.
Published by The Sacramento Bee from Jan. 27 to Jan. 29, 2018.
MEMORIAL EVENTS
Feb
3
Service
1:00p.m.
Good Shepherd Lutheran Church
1516 Morse Avenue, CA
MEMORIES & CONDOLENCES
5 Entries
I am sorry to hear of George's death.I happened to see this when I was just looking up my favorite profs from grad school when I was stationed at Mather 30+ years ago. He was such an inspiration to me. I'm retired from psychology now and pursuing art also so maybe he's still an inspiration! Blessings to all who love him.
Debby Tinker
January 13, 2019
Sorry for your loss, Mary. We served together at WHMC
Clarence Castile
July 10, 2018
Mary and Family. May Peace be with you all during this time. We will miss his warm smile and laughter.
With Respect,
Jennifer at Dr. Shore's office.
Jennifer Pepetone
February 1, 2018
I sorry for your loss Mary. You were truly blessed with a devoted friend, husband, and soulmate. you and your family are in my prayers. Patricia

[ROCC employee 1993-2011, Park Place, Greenhouse (formerly Sierra Cottage), Lincoln House, Diagnostic,MTFC]
Patricia Santiago
January 30, 2018
Sorry for your loss. May you find strength and peace from Almighty God and his word the Bible during this difficult time.
January 27, 2018
Showing 1 - 5 of 5 results