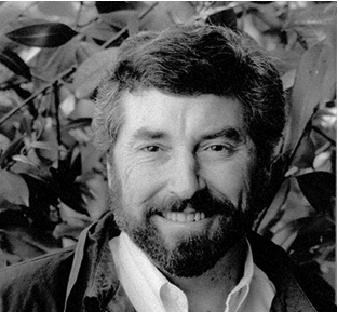 BORN
1944
DIED
2019
It is with sadness to announce the death of George Purves, who died of pancreatic cancer on Wednesday, April 3. In death, as in life, George was supported and surrounded by friends and family. George was the second of three children born to Jack and Lillian Purves, June 9 1944. Growing up in Central California, George played linebacker for the Hollister Haybailers, enjoyed auto shop, and spent his autumns hunting deer in the hills of his home town. After a brief stint in the US Army Reserves, George enrolled in Chico State, where he graduated with a degree in Economics. During this time, George met and fell in love with Marsha Death, a woman to whom he committed his life up to the moment of her death in March, 2018. She died in his arms, a final embrace symbolic of the strength and passion of their relationship. George was charismatic, intelligent, thoughtful, and strong. He was also, by his own admission, impossibly handsome. The influence George left on his community is undeniable and palpable. As the founder and CEO of Purves and Associates, George was widely recognized for his hard work andchief in his eyeshonesty. Throughout the 45 years spent in his adopted home town of Davis, California, George served in a variety of civic and church positions, including Little League President and Bishop of the Church of Jesus Christ of Latter Day Saints. In joining his beloved wife after death, George leaves behind scores of friends, and, more importantly, his five children, Stephen (Brooke Sanders) of Sacramento, Scott (Joanna Rudd) of Davis, Amy Purves of Davis, Mark (Ann Pickett) of Provo, Utah, and Chris (Angie Christensen) of Woodland. He is also survived by his brother Wayne, and his wife, Virginia of Jackson, his sister, Jane, of San Jose, and 21 grandchildren, Maddy, Ana, Lilly, Lexie, Jake, Luke, Eleanor, Isaac, Sophie, Grace, Ada, George, Noah, Henry, Charlotte, Tom, Declan, Sam, Malcolm, Frank, and Dean. A memorial service in his honor will be held Tuesday, April 9th 3pm, at the Mormon Church, 850 Pioneer Ave, Woodland, CA, 95776. All are invited.
Published by The Sacramento Bee from Apr. 6 to Apr. 8, 2019.
To plant trees in memory, please visit the Sympathy Store.
MEMORIAL EVENTS
Apr
9
Memorial service
3:00p.m.
Mormon Church
850 Pioneer Ave, Woodland, CA
MAKE A DONATION
MEMORIES & CONDOLENCES
8 Entries
George and I were Fraternity brothers and worked together in the life insurance business in the late 60's together. He and Marsha were such a special family and he gave my ex son in law his start in the insurance industry. I will miss you "pial" as he used to call us! Your stories of hunting in Hollister were very intriguing and special. Truly "one of a kind" George!
Dave Hall
June 19, 2019
Rest in peace my childhood friend. There is sadness in my heart to hear of your passing.
Roberta Reyes
June 17, 2019
My condolences to the Purves family and friends for your loss. May God's promise found at John 6:40, of the hope to see our loved ones again, comfort your heart and give you peace, strength, and hope in the days ahead.

-S.G.
April 8, 2019
My sincere condolences to the family.
May you find comfort and peace knowing God promises all of us a future and a hope.
Jeremiah 29:11
M. Nevarez
April 7, 2019
I am so sorry to hear about George's death. He was my last boss in insurance and I always enjoyed working with George. I know how much his family meant to him and often he would share funny stories. May the love of friends and family carry you through your grief.
Nancy Pashugin
April 6, 2019
Rest in peace, George. You leave a community of friends behind who appreciated every smile.
April 6, 2019
I am so sorry for your loss. May you receive strength and comfort from God. "He will make you firm, he will make you strong, he will firmly ground you." - 1Peter 5:10
April 6, 2019
Thank you George for bringing a smile and love to this world. God loves you and so do I.
Beverly Van Curen
April 6, 2019
Showing 1 - 8 of 8 results