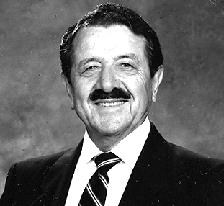 BORN
1918
DIED
2020
FUNERAL HOME
W.F. Gormley & Sons
2015 Capitol Ave
Sacramento, CA
George Aristides Tzikas was a hardworking and humble patriot. He was born in the village of Ano Meros in Rethymnon on the island of Crete, Greece on June 7, 1918. He was a World War II hero who fought against the occupying movement of Nazi Germany. He enlisted in the Greek military on April 4, 1939 and served at the Greco-Bulgarian border in anti-aircraft warfare. After the collapse on the front, he returned home and took part in the 1941 Battle of Crete, an airborne invasion of the island by the Germans. When Crete fell to the Axis, George refused to surrender. Instead, he became a rebel fighter and joined a group led by Petrakogiorgis, the first resistance group of Europe. On December 16, 1946 he left Greece and arriving in New York on January 1, 1947 with just a few dollars in his pocket. He settled in California and began a family. George pursued the American Dream through hard work and established himself as a successful businessman. He taught himself to read and write English. In 1968, he married the love of his life, Margo, with whom he shared over 52 happy years. He held many awards and distinctions. Despite all his achievements, he remained modest and humble, living a life of gratitude. He was a wonderful husband, father, grandfather, great-grandfather and friend to so many. He was an incredible storyteller who took pride in recounting his days as a freedom fighter. He will be remembered as a proud and faithful man who loved his family, God, and his countries. He was resilient and strong; his legacy reminds us that with courage we can overcome any obstacle and still live a life of passion. May his memory be eternal. He is survived by his loving wife, Margo, his sons and their spouses Aristides (Celeste), Emmanuel (Karen), Stelios and Markos (Rania), grandchildren Christina DeVere-White (Henry), Mari (Dominic) Suarez, Anna Tzikas, Theodore Tzikas, Amy Singleton, Alex Tzikas, George Tzikas, George Tzitzikas, Margo Tzitzikas and 9 great grandchildren. Friends are invited to a viewing, Tuesday and Wednesday, April 21, 22, from 10:00 am to 3:00 pm at W. F. Gormley & Sons Chapel, 2015 Capitol Avenue, Sacramento. Due to the Corona Virus, The service is limited to family only. Remembrances may be made in his name to the Church of Annunciation Building Fund, or Pancretan Association of America Scholarship Fund.
Published by The Sacramento Bee on Apr. 21, 2020.
To plant trees in memory, please visit the Sympathy Store.
MEMORIAL EVENTS
Apr
21
Viewing
10:00a.m. - 3:00p.m.
W.F. Gormley & Sons
2015 Capitol Ave, Sacramento, CA
Apr
22
Viewing
10:00a.m. - 3:00p.m.
W.F. Gormley & Sons
2015 Capitol Ave, Sacramento, CA
Funeral services provided by:
W.F. Gormley & Sons
MAKE A DONATION
MEMORIES & CONDOLENCES
2 Entries
I Just heard about this and I am so sorry to have missed paying my respects. A very sad day for All that knew George . Please know how sorry I am for your loss , with my deepest sympathies
Chris Clark
Friend
May 1, 2020
Dear Ari & Celeste,
I am so sorry to learn of your dad passing away.
But what a long and wonderful life he had.
My thoughts and prayers are with you and your family.
Jack Nissen
Jack Nissen
April 21, 2020
Showing 1 - 2 of 2 results