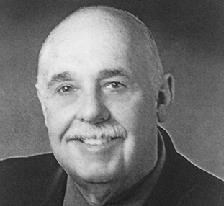 March 13, 2020 "He did it his way." One of Harlan's good friends describes Harlan as a Renaissance man. Harlan definitely was one of a kind. He was incredibly intelligent and had an amazing sense of humor. Although he claimed to be shy, once he felt comfortable in a group, he would regale everyone with stories from his life experiences peppered with his sharp wit. He was also creative and very generous. He had a passion for politics, reading, wine collecting, photography, travel, the beach (especially Mazatlan), and the wondrous intricacies of watches. His mind was like a sponge; he was able to absorb many, many details about every one of his interests. When put to the test, he could discuss all the nuances of a great wine with the best of sommeliers. Harlan loved sports, especially college football and basketball; he thrived on competition. Perhaps he died, in part, of a broken heart when he heard that the 2020 March Madness season, his favorite college competiton, was cancelled because of the coronavirus pandemic. Harlan was a native Californian; he grew up in Santa Paula, and graduated from Santa Paula High School in 1965. He then attended the University of Arizona for a couple of years before he was asked to leave because, as Harlan would be the first to tell you, his fraternity and social life at that time was more important than academics. It was the era of Vietnam, so Harlan joined the Navy. He had a "tough" tour of duty in Monterey, California at the Defense Language Institute Foreign Language Center where he studied Turkish, and Ft. Meade, Maryland, where he was trained as a crypto-linguist. After his four-year stint in the Navy, Harlan returned to California, where he eventually joined the Oakland Police Department, rising to the level of Sergeant. In addition to his primary duties, he developed and administered programs for underprivileged youth in Oakland. Harlan earned his BA in Justice Administration from Golden Gate University in 1976. After 21 years as a police officer, Harlan reinvented himself when he secured a position as a legislative consultant to the President Pro Tempore of the California State Senate, while at the same time completing law school. Harlan's talents did not go unrecognized, and he was appointed California's first Director of the Division of Gambling Control for the Department of Justice. In total, Harlan spent 35 years in public service. Harlan earned his JD in 1995 from John F. Kennedy School of Law, as well as an Executive Management Certificate from Harvard University's John F. Kennedy School of Government in 1999. During his professional career as a lawyer, Harlan was recognized many times for his expertise, including Regulator of the Year by International Masters of Gaming Law (2002), Alumnus of the Year at John F. Kennedy University, School of Law (2001), Who's Who in American Law since 2000, America's Best Lawyers annually since 2005, Northern California's 2012 Attorney of the Year for Gaming Law, and Who's Who in the World since 2018. In 2003, Harlan started his own law firm with an emphasis on gaming law. In addition to providing expert legal services to his clients, Harlan proudly served on the Board of Directors of The Stars Group (formerly Amaya), a Canadian gaming and online gaming company, since 2010. Harlan married Valla S. Hoffman of Sacramento in 2000. Harlan's friends and family, including his two adult children, Kim and Marc, from his first marriage, will surely miss his charm, wisdom, and laughter. A military funeral will take place at the Central Coast Veterans Cemetery, (831) 393-9371, in Seaside, California, when social distancing guidelines are eased or lifted. Donations in Harlan's name may be made to the Make A Wish Foundation, (415) 982-9474, 1333 Broadway, #200, Oakland, CA 94612.
Published by The Sacramento Bee on Apr. 26, 2020.
To plant trees in memory, please visit the Sympathy Store.
MEMORIAL EVENTS
To offer your sympathy during this difficult time, you can now have memorial trees planted in a National Forest in memory of your loved one.
MAKE A DONATION
MEMORIES & CONDOLENCES
7 Entries
Harlan was a true renaissance man who was a great communicator. Talking to a group of kids on the streets of Oakland, to pitching a proposal for the Oakland Police Activities league. He was an award winning photographer of landscapes and street scenes, and a good friend. RIP Harlan.
Robert Souza
Friend
May 6, 2020
It is nice to hear what my cousin, Harlan, became as he grew older. We were close growing up, but then only stayed in touch. He was a special person. I will miss him.
Lee DeGarmo
Family
May 3, 2020
In loving memory of a wonderful person. We will love you and miss you always. Rest In Peace uncle.
Heather Lozano
Family
May 3, 2020
Harlan was my brother a very intelligent guy. I admired his ability to keep on learning. I often wondered why he received all the smarts Love you and miss you Until we meet again always your sister Linda
Linda Root
Brother
May 2, 2020
I met Harlan when I started working for the DOJ, Division of Gambling Control. He was a good and intelligent man with a sense of humor. After he retired, I would run into him at the local stores in Greenhaven and he always had something witty to say. He will be missed. My condolences to the Goodson family.

Respectfully,
Regina F. Delgado (Flores)
April 27, 2020
Celebrating a life well lived. Once OPD, always OPD. Rest in Peace, Brother.
John Taylor
April 26, 2020
All of us that knew him at the Oakland Police Department thought a lot of Harlan. I'm glad his career went so well as a lawyer. My sincere condolences to the family.
Douglas Krathwohl
April 26, 2020
Showing 1 - 7 of 7 results