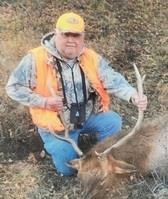 BORN
1950
DIED
2021
FUNERAL HOME
River Cities Funeral Chapel
910 Soule Street
West Sacramento, CA
John Daniel Puumala
May 3, 1950 - July 4, 2021
West Sacramento, California - John "Danny" Daniel Puumala died at the age of 71 on Sunday July 4, 2021. He passed peacefully at his home in West Sacramento, CA.
He was born in Astoria, Oregon on May 3, 1950 to John S. and Jeanne Puumala becoming the second child and the younger brother to Pete. He was a resident of West Sacramento for over 65 years and attended James Marshal High School. He was married to his wife Linda for 48 years and together they had 3 children. Danny was an avid hunter who spent every fall hunting Deer and Elk in California and Colorado with his sons and close friends. He spent every winter hunting ducks and geese in the Pacific Flyway. He spent the spring and summer fishing with his family in the waterways of Northern California. He loved camping with his family and traveling in his motorhome. He spent Sunday's watching NASCAR. He made his career as a general building contractor, building custom homes in the greater Sacramento area and beyond.
He is survived by his wife Linda; his children, John (Erica) of West Sac, Jason of West Sac, Jelena Zorich (Mark) of Auburn; his granddaughters, Jenna, Avery, Jordan, Jamie Puumala and Cora Zorich. He is preceded in death by his parents and his brother Pete (Puumala) Guynn. A celebration of Life will be held at a later date. In lieu of flowers his family requests you make a contribution to a charity of your choice in his honor.

To plant trees in memory, please visit our Sympathy Store.
Published by The Sacramento Bee on Jul. 25, 2021.
MEMORIAL EVENTS
No memorial events are currently scheduled.
To offer your sympathy during this difficult time, you can now have memorial trees planted in a National Forest in memory of your loved one.
Funeral services provided by:
River Cities Funeral Chapel
MAKE A DONATION
Please consider a donation as requested by the family.
MEMORIES & CONDOLENCES
Sponsored by Sacbee.com.
1 Entry
Our thoughts and prayers are with the Puumala family in this time of healing god bless you all John will be greatly missed.
Contreras Family
Friend
July 28, 2021
Showing 1 - 1 of 1 results