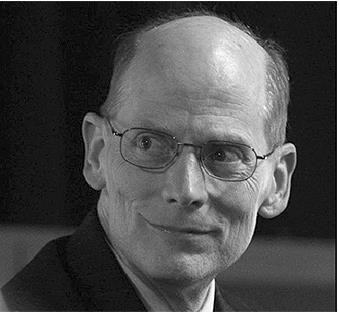 BORN
1953
DIED
2018
John Kevin Vincent passed away on March 30, 2018, Good Friday, at home surrounded by his loving family. He was born in Peoria, Illinois on 12-10-1953, and his family moved to San Bernardino, CA when he was 3 years old. John attended Holy Rosary School and Aquinas High School in San Bernardino. He graduated magna cum laude from the University of Notre Dame in 1976, and from the University of Notre Dame Law School in 1979. Following Law School, John clerked for two federal judges, and spent a few years in private practice. He joined the U.S. Attorney's Office for the Eastern District of CA in 1986, where he worked until his illness. He had a distinguished career, and received several awards during his tenure. He enjoyed his work, and the many life-long friends he made at the Sacramento office. John loved his family. He married Julie in 1991, and they have two children, Matt and Molly. John was a devout Catholic, and during the last year of his life, he and Julie made the pilgrimage to Lourdes, France. John will be forever remembered and missed by his family and friends. He was a humble and gentle man always there with a kind word and helping hand. He had a wonderful sense of humor, a ready laugh, a great smile, and was an incredible storyteller. In addition to Julie, Matt and Molly, John is survived by his brother Tom, sister Liz, and many nieces and nephews who dearly loved their Uncle John. He was predeceased by his beloved brother Art. A funeral will be held on April 14, 2018 at 11:00 a.m. at St. Ignatius Catholic Church. Donations may be made to a charity of choice.
Published by The Sacramento Bee on Apr. 8, 2018.
To plant trees in memory, please visit the Sympathy Store.
MEMORIAL EVENTS
Apr
14
Funeral
11:00a.m.
St. Ignatius Catholic Church
CA
MAKE A DONATION
Please consider a donation as requested by the family.
MEMORIES & CONDOLENCES
26 Entries
John was the very definition of integrity and decency. May his memory live on in the hearts and minds of those who knew him.
Denny Walsh
Friend
March 28, 2021
I think of John often. We often talked in the cafeteria when we encountered each other having a late lunch. He loved and was so proud of his family, and had a finely honed sense of humor. His interests were diverse, ranging from baseball to political history. We joked about the stares we got from people spotting John in conversation with a reporter. I treasure those times and feel so lucky that I got to know John.
Denny Walsh
Friend
March 28, 2020
John was a man with integrity which is a lost art for a man in a position of power to determine the fate of others. My wish is, the legacy of how he lived his life, would inspire others, to walk the path of integrity and not the path material gain.
LAWRENCE ROSITANI
Friend
March 28, 2020
To John's family: I just learned of John's death. I am saddened beyond words. John and I were close friends as young Assistant US Attorneys in Fresno in the late-1980s. Our years in the trenches together sparked a career-long bond. In the following years, I always looked forward to catching up with John when he was Criminal Chief in Sacramento and I was an AUSA in Seattle. John was a mensch. His inherent decency, civility, intelligence and humor were examples that guided me throughout my own career. I can still hear his laughter and I'm sure I always will. My sincerest condolences.
Lawrence Lincoln
March 23, 2019
Julie , Matt, & Molly:
Please accept our heartfelt sympathy. We had the honor of knowing John at Notre Dame Law School. He was a wonderful guy, intelligent, kind, and had a great sense of humor. We hope your happy memories of him comfort you during this time of sadness.
Connie & Tim Carey
Connie Carey
May 22, 2018
We will be there to say goodbye today. He was a great guy.
Joseph Maloney
April 14, 2018
I had the privilege of working with John for some years when he was with the USAO. Great solid person and had a simple calm caring demeanor about him that always made you feel good in your heart. Rest in peace John.
Brian Alvarez
April 14, 2018
I had the privilege to work with John for some years when he was with the USAO. He was a gracious, kind man and always amazed that he made it a point to great me and I always walked away from our greetings thinking, what a great sincere guy.
April 14, 2018
Although I did not have the privilege of knowing John as well as others who have posted here, I worked with him at the USAO for 18 years (I was on the Civil side of the house). John was unfailingly kind. He looked people in the eye when he talked with them. He made people feel that they mattered. He cared.

My deepest condolences to Julie and family. He is gone much too soon and the world has lost a shining light.
Debora Luther
April 13, 2018
I first met John more than 10 years ago at the Department of Justice National Training Center in Columbia SC. We were both Criminal Chiefs and soon became good friends. When I was looking to move to CA in 2013, John introduced me to his office and soon I found myself working for John. One could not ask for a better boss. John was positive, smart, supportive and always quick with a kind word. John was a gifted lawyer with a keen intellect but remained a very humble man. John will be very much missed by me and I daresay by the entire law enforcement community in the Eastern District of California. I know by my faith and by his that he is in a better place. May God bless all of John's family in this time of grief.
Brian Delaney
April 13, 2018
John was such an amazing presence, like no other, kind, unassuming, brilliant, with a wonderful sense of humor, so generous to others, a true leader by example. Julie, Matt and Molly, we pray for you during this sadness. We know that you'll always carry the authentic grace that John lived every day and now shares with The Lord in Heaven.
~Ivana, Giulia, Gabriella, and Joe
Joe Arostegui
April 13, 2018
A wonderful classmate with a kind and gentle spirit. He stood out at Notre Dame. We will miss him. David Brandewie, class of 1979
April 13, 2018
John and I were classmates for 12 years at Holy Rosary and Aquinas. He was very serious about studying for his classes but always had a joke or funny story to tell. I was very sad to learn of his passing. My sincere condolences to Julie and your family.
Jim Spotts
April 11, 2018
Thank God for John. It is John, and others equally principled and dedicated to the rule of law, that keep our democracy safe from those who would tear it down.
Denny Walsh
April 11, 2018
What sad news. I fondly remember John from our days at Notre Dame Law School. His soft spoken and steady presence, his good natured sense of humor, and his kind words made him such a good person to know. God bless John and my condolences to his family.
Ed Shannon
April 11, 2018
John always brightened up my day, what an immense loss for everyone who know him. My condolences to Julie and the family and Prayers for John and his family.
Lawrence Rositani
April 10, 2018
My sincere condolences to you Julie and all your family.
Peggy Lodes
April 9, 2018
Who's on first in Heaven? I don't know. No, he's on second....
mike mazurek
April 9, 2018
I knew John as we were classmates together in our early years at Holy Rosary in San Bernardino. We had recently attended our High School reunion and were able to talk and reminisce about our time as students. It was so enjoyable to reconnect after so many years. I offer my condolences to his family
Sharon Egan
April 9, 2018
John was neither family by name or blood, but that did not matter. We claimed him one of our own and we will miss him as such.
Mary Brennan
April 9, 2018 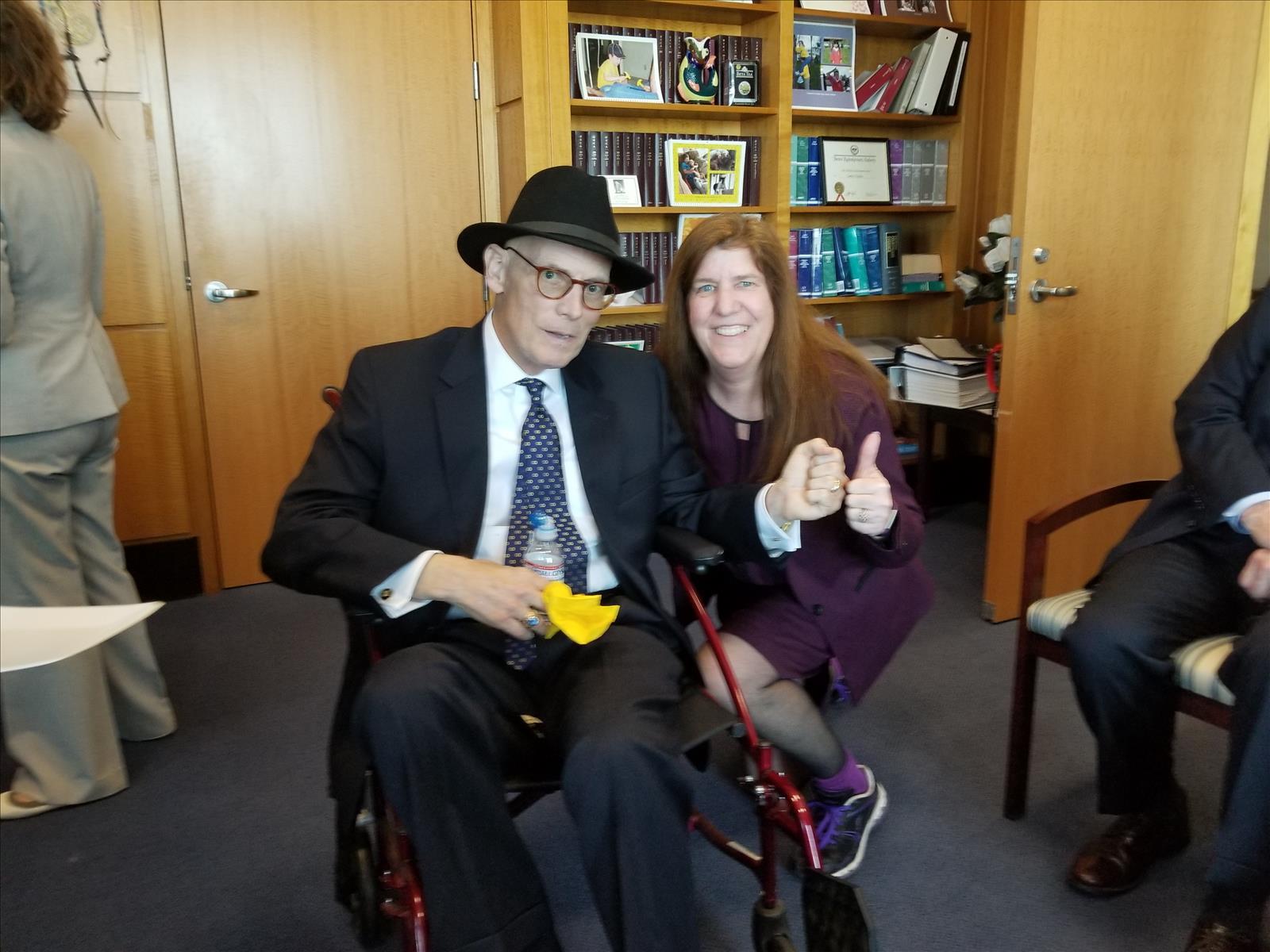 Dearest Julie and family,
John was such a joy to work with at the USAO and we will all miss him dearly! His sense of humor was so adored. May fond memories and knowing that he is watching you from Heaven above help you through this tough time. With much love.
Deb Duckett-Morris
April 9, 2018
I had the privilege of knowing John while we were classmates at the Notre Dame law school many years ago. John was a kind and good soul even then, with a great wit, a warm smile and a devotion to the law. John touched many people in his well-lived life, and I was lucky to be among them.
Rose Gill Kenyon
April 9, 2018
John was a great leader in the office, a loving husband and father, and a great friend and mentor to so many. His life was such a positive force in the world. He will be dearly missed but never forgotten.
Brad Lewis
April 8, 2018
John was a true friend and I will miss him, his self-deprecating sense of humor, his smile, his stories that always made me laugh, especially those lovingly told about his children.
Tori Lewis
April 8, 2018
John took the responsibilities of the job very seriously, but did not take himself too seriously. We shared many laughs during the years that I had the privilege of working with him. John had great integrity and treated everyone fairly and with respect. God brightened our world by sending us John.
Tom Hopkins
April 8, 2018
I WILL NEVER FORGET JOHN. I HAD A NICKNAME FOR HIM THAT ALWAYS MADE HIM LAUGH. HE WAS JUST A VERY GOOD PERSON WHO WILL BE MISSED.
TOM COURIS
April 8, 2018
Showing 1 - 26 of 26 results