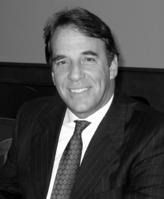 Published by The Sacramento Bee on Sep. 22, 2021.
To plant trees in memory, please visit the Sympathy Store.
MEMORIAL EVENTS
Sep
24
Rosary
1:00p.m.
Our Lady of Mercy Church
459 W 21st Street, Merced, CA
Sep
24
Funeral Mass
1:30p.m.
Our Lady of Mercy Church
459 W 21st Street, Merced, CA
Sep
24
Celebration of Life
3:00p.m.
Boy's and Girl's Club
615 W 15th Street, Merced, CA
Funeral services provided by:
Stratford Evans Merced Funeral Home
MAKE A DONATION
MEMORIES & CONDOLENCES
Sponsored by Sacbee.com.
12 Entries
Worked with Larry at the Arkansas Democrat. He was such a smart, gregarious and playful guy. He loved everybody, especially the staff members that didn't quite fit in. I am so heartbroken for Cindy and the rest of his family. He is unforgettable. Just the thought of him makes you smile.
Kitty Francis Austin
October 4, 2021
We were very sad to learn of the passing of Larry Morse. I have always respected the Morse family and their collective presence in the community. Our deepest condolences and sympathies.
Wendell, William Brown, Virginia and Neal Flowers.
Work
September 30, 2021
My Son and I became acquainted with Larry during our years in business in Merced. Larry was not only a loyal customer but became our friend as well. This fine man will be missed by all that new him. Our condolences go out to all of his family.
David Bigelow, Sr. ~ David Bigelow, Jr.
Work
September 27, 2021
To Cindy and the rest of Larry's family my profound condolences. I am so grateful I got to see Larry at the recent 40 year reunion in Washington, and am deeply sorry to hear of his passing. He was a great person and the world is less of a place without him. God be with all his family and friends.
Dan Haas
September 23, 2021
My thoughts and prayers are with Cindy and the boys. I´ve know Larry for over 20 years. Whether it was work, politics or social settings, Larry was always pleasant and fun to be around. I will always remember his greeting by a kiss on the forehead. He will be missed. Farewell my friend from myself and the AFSCME union family.
Mary McWatters
September 22, 2021
Rest in peace Larry - you were truly a great person. The world has lost something special! From the moment I met Larry, I felt as though I was a welcomed member of the entire Morse family. Larry was larger than life, hilarious and caring in his own special way. I always looked forward to seeing him and his sweet family - even in the hardest of times. To have known Larry was a gift. My thoughts and prayers are with the family now and always! Love you all! Julie Byrd
Julie Byrd
Friend
September 22, 2021
Cindy, Dylan and Ryan, I am so deeply sorry for your loss. I have such fond memories of Larry and your entire family from our time spent in Merced, one of the highlights being our shared family trip to your home in Carlsbad. He was a truly exceptional guy who always made everyone feel seen, valued and at home, and he was always so much FUN and quite the dancer as I recall from the DA Office Christmas party! I hold you all close in my heart as you cope with this devastating loss.
Michelle Leath
Friend
September 22, 2021 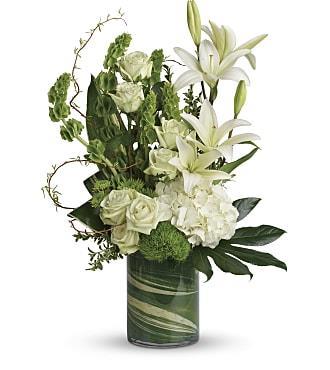 Steve Coony and Kathy Bowler
September 22, 2021
I had the pleasure of working with Larry under a situation in my past job. He was so kind and caring, he brought candy for the client, trying to make her more comfortable each day. Months later we saw each other out and about and still he was kind and caring. Really liked him and I´m so sorry to hear of his passing. Hugs to his family and close friends, he will be missed by many.
Terri Glaser
Work
September 21, 2021
Larry will be in my heart forever. What a loyal, dynamic, charismatic friend he was to all; a beautiful human!
Marily Wilson, mother of Craig, Murray, Kim, and Durinda
September 21, 2021
Offering our deepest condolences during this difficult time.
Stratford Evans Funeral Chapel
September 22, 2021
Dear Cindy and family, we are praying for you and hope you find the strength you need to get through. Larry will always be remembered for his humor, wit and devotion to family. We won´t be able to make his service as we´re in Idaho now. Please know we´re thinking of you - especially you Cindy. God bless and Rest In Peace dear friend.
Carl and Mary Jo Campodonica
September 20, 2021
Showing 1 - 12 of 12 results