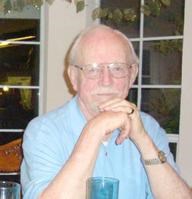 BORN
1923
DIED
2020
FUNERAL HOME
Simple Traditions Cremation Services
6829 Fair Oaks Blvd Ste 300
Carmichael, CA
Robert A. Smith, Lt. Colonel USAF (Ret.)
April 16, 1923 - October 30, 2020
Carmichael, California -
Lt. Colonel, Robert A. Smith, peacefully passed away on October 30, 2020 at the age of 97, in Carmichael. He was born on April 16, 1923 in Shenandoah, Iowa. Bob was the oldest of three children to parents John and Florence (Kemp) Smith. He graduated from Shenandoah High School in 1941. The following year he enlisted in the Army Air Corp and began a 20 plus year career, retiring with honorable discharge with the rank of Lt. Colonel. He flew nearly every military airplane of his era, including helicopters on occasion. His numerous missions included three wars; WW II, Korean and Viet Nam. Along the way he attended Iowa State University on the GI Bill, graduating with a degree in Agronomy-Business Administration. In 1946 he married Peggy Pryor and began their journey traveling the world, raising a family and supporting numerous worthy causes. After retiring from the military in 1967, he began a second 20 year career as a stockbroker, with Merrill Lynch.
He is preceded in death by his wife of 55 years and his sister Marjorie Boyer.
He is survived by his daughter, Debbie Sullivan and son Robert A. Smith II, (Claudia), his granddaughters, Kelley (Tyson) and Carrie (Tim) and his five great grandchildren; Codi, Parker, Timmy, Carly and Abby. He is also survived by his brother John and his wife Jane, along with numerous nephews and nieces.
Throughout his life Bob enjoyed numerous activities including gardening, photography, painting, coin collecting, woodworking and writing his autobiography. In addition, he was quite an athlete and enjoyed snow skiing, tennis, racket ball, golf, softball, (he played to age 81) and swimming (to age 95). Bob spent over fifteen years as a volunteer at the Aerospace Museum of California at McClellan Park.
He will be remembered for his great sense of humor along with his warm and generous heart, his smile and those blue eyes. In lieu of flowers, donations may be made to the Aerospace Museum of California at McClellan Park or a charity of your choice. A private service will be held at the Sacramento Valley National Cemetery at a future date.

To plant trees in memory, please visit our Sympathy Store.
Published by The Sacramento Bee on Dec. 13, 2020.
MEMORIAL EVENTS
No memorial events are currently scheduled.
To offer your sympathy during this difficult time, you can now have memorial trees planted in a National Forest in memory of your loved one.
Funeral services provided by:
Simple Traditions Cremation Services
MAKE A DONATION
Please consider a donation as requested by the family.
MEMORIES & CONDOLENCES
Sponsored by Sacbee.com.
1 Entry
Offering our deepest condolences during this difficult time.
Simple Traditions Cremation Services
December 13, 2020
Showing 1 - 1 of 1 results