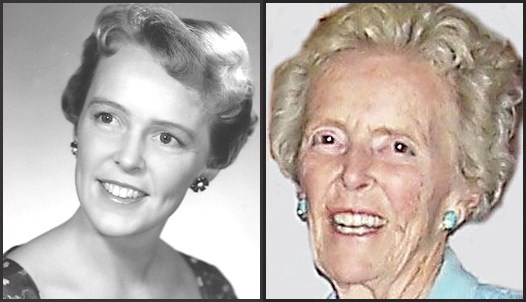 PORTER, Paula Leake
Age 84, died on January 25, 2010, at her Del Mesa Carmel home where she lived for 15 years. Paula was surrounded by her loving family and caregivers when she peacefully passed away. Paula was born on July 6, 1925, in Woodland, CA to Aileen M. and Paul R. Leake. She was the youngest of three children; her two older brothers, Kenneth and Robert preceded her in death. Raised in Woodland, CA, Paula attended Holy Rosary Academy, Woodland High School and Miss Hamlin's School for Girls in San Francisco. After graduation, she attended U.C. Berkeley, and became a spot reporter for her family's newspaper, The Daily Democrat in Woodland. While on assignment interviewing the ''new doctor'' at Yolo County General Hospital, she met her future husband, James Llewellyn ''Lew'' Porter, M.D. They married in 1945. Paula and Lew lived in Woodland where Lew became the director of Yolo County General Hospital. Later he went into private practice in Sacramento where they lived for over 20 years and raised their four children, James L. Jr., Kathleen, Paul and Robert. The Porters remained in Sacramento until 1970 when they retired to La Selva Beach, near Watsonville. They remained in their beach home until Lew's death in 1979. After a period of time in La Selva, Paula settled in Carmel to be close to her family. Paula's love for family and friends made up her core. Her home was always a gathering place for friends, neighbors, nieces and nephews. Everyone was welcome. The family's giant pool in Sacramento provided decades of backyard fun for adults and kids alike. Paula cherished family gatherings and get-togethers with friends above all. She affected those around her by demonstrating her love for life; and a fondness for charitable organizations like the Junior League in Sacramento. Her interests included tennis, boogie boarding, reading, gardening, camping, fishing, pheasant hunting, and attending her grandchildren's sports events and school activities, which she rarely missed. She also loved summers in Crystal Bay, Lake Tahoe, where the Porters owned a cabin for over 30 years, as well as frequent trips to the beach at La Selva and Santa Cruz. Paula is survived by Jim and Marianne Porter of Truckee, granddaughters, Shanley and Kelsey; Kathleen Breuleux and Robert Lapso of Monterey, and grandson Kyle Breuleux; Nettie Porter of Carmel Valley, and grandchildren, Lauren, Reed and Robert; and Amy Porter of Sacramento, and grandchildren, Spencer and Paige Klugherz. Her two sons, Paul and Robert, preceded her in death in 2006. She also leaves behind a large number of Leake family nieces and nephews in Sacramento and the Bay Area. A private family memorial will be held at Del Mesa on January 30, where Paula served on the library, admissions and life care committees. A larger celebration of life will be held at a later date. In lieu of flowers, donations may be made to the San Carlos Cathedral Cornerstone Campaign, 500 Church St., Monterey, CA 93940; and the Women's Crisis Support Defensa de Mujeres, 233 East Lake Ave., Watsonville, CA 95076.
Published by The Sacramento Bee on Jan. 29, 2010.
To plant trees in memory, please visit the Sympathy Store.
MEMORIAL EVENTS
To offer your sympathy during this difficult time, you can now have memorial trees planted in a National Forest in memory of your loved one.
MAKE A DONATION
MEMORIES & CONDOLENCES
4 Entries
I did have the privilege of knowing Paula through my son and her grandsons. We watched many Little League through high school baseball games for many years. I will always remember Paula cheering on Reed or Robert, and listening to her beloved Giants on her earphones at the same time!
She will be missed by all who knew her.
Lynda Lyons
February 9, 2010
My sincere condolences to the family. I never had the honor of meeting Paula, but she was a cousin of my father, Paul E. Leake. My thoughts are with you.
Sherrill Leake
January 30, 2010
Paula will always have a very special place in my heart. I have so many wonderful memories spending time with the Porters in Tahoe, camping trips,and visits in Carmel. Paula's gracious and beautiful smile was so inviting and made me feel so welcome.I will continue to cherish these memories and remember her remarkable spirit.
Nancy Reid
January 29, 2010
I am so sorry to hear about Paula's death. She was a great person and always an inspiration to me; she was a "great mother." She had the unique gift to make everyone feel so welcome and important in her life. May her memory be a blessing. I feel privileged to have known her.