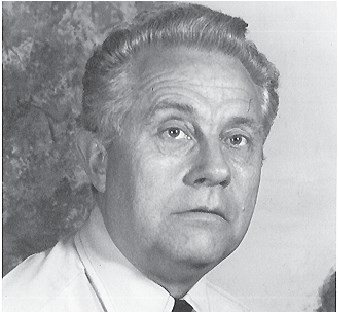 BORN
1924
DIED
2016
FUNERAL HOME
River Cities Funeral Chapel
910 Soule Street
West Sacramento, CA
Richard Glen Burt was born in Salt Lake City, UT on January 18, 1924 and passed away August 29, 2016 at his house in West Sacramento, California at the age of 92. He is survived by his wife, Marilyn, his sons and their wives Eric (Karen), Paul (Amy), Clive (Janna), and Quentin (Janine), 12 grandchildren, and 5 great-grandchildren. Richard was a devoted member of the LDS church all of his life. He served a church mission in New Zealand, as a counselor in two bishoprics, and a church service mission in Salt Lake at the genealogical library. He always held dear those experiences and people he served in the Church. Richard was a music educator and worked in that capacity for the Washington Unified School District for 27 years. He passed down his love of music not only to those he taught, but to his children and grandchildren. He was an excellent trumpet player and studied with prominent musicians as a music student at Julliard School of Music and Drake University in Des Moines where he would receive his Bachelor's and Master's degrees. He shared these talents as a member of an Army Air Force band in the Philippines during the Second World War. Richard was a kind, soft-spoken man and an avid storyteller who enjoyed sharing his life experiences with all who would listen. He will be dearly missed by his family and friends. Services for Richard will be held at the LDS Church at 2667 Linden Road, West Sacramento, CA, Saturday, September 3 at 11:00 AM.. Arrangements entrusted to River Cities Funeral Chapel.
To plant trees in memory, please visit our Sympathy Store.
Published by The Sacramento Bee on Sep. 1, 2016.
MEMORIAL EVENTS
Sep
3
Service
11:00a.m.
LDS Church
2667 Linden Road, West Sacramento, CA
Funeral services provided by:
River Cities Funeral Chapel
MEMORIES & CONDOLENCES
14 Entries
The Clymer-Engelhart family send special thoughts and love through this difficult time....
September 2, 2016
Richard was a great man and a dear friend. He will be dearly missed by everyone who knew him. Marilyn and family, l know it's tough right now, but it will get easier with time. You also have the love and support of other family members, friends, and especially God to help you get through this. You know he's not really gone as long as you have him in your heart and in your mind with your memories. He's with our father in heaven right now so that should ease your pain somewhat. I'm here for you if you need anything. All of my love.
Paul West
September 2, 2016
Uncle Dick was a kind and gentle soul. I always enjoyed being in his company. I know he is rejoicing being with his parents and siblings again. Until we meet again rest in peace. To Marilyn and my cousins you are in my thoughts and prayers. Love you all.
Susan Burt-Johnson
September 1, 2016
I will miss Brother Burt. I remember his wonderful music talent and his loving spirit. Prayers and love go to Marilyn and family.
Eva Laurent
September 1, 2016
He was an amazing musician and had a wonderful sense of humor. He always had a loving kindness about him. I will miss him
Lisa Farnworth
September 1, 2016
What a lovely, kind and gentle man. I loved Uncle Dick and am so grateful to belong to the Burt family! What a glorious reunion he is having with his wonderful parents and siblings. My love to my Aunt Marilyn, my handsome Burt cousins and their good families as you all say goodbye to this exceptional man.
Jennifer Burt Larsen
September 1, 2016
Gracious, gentle, funny, talented, lovely man....May you RIP Uncle Dick....Dina Giannakopoulos
dina giannakopoulos
September 1, 2016
Our thoughts and prayers are with Marilyn and the family
Kathy & Mary West
September 1, 2016
I will always remember his practicing his trumpet whenever I visited his home--I can imagine him being asked to help blow his trumpet when the 2nd coming is ushered in---you go Dick. He was always happy.
Annette Stokes
September 1, 2016
Our thoughts and prayers are with Marilyn, Eric, Paul, Clive and Quentin and their families for your loss. My God be with you all.

Todd and Barbara Smith
Lincoln, CA
September 1, 2016
I worked with Richard at the Family History Library on Eastern Avenue for several years. He used to give me rides to the Library when I was in Junior High School. He was such a nice, kind guy and I'm glad I had an opportunity to work with him.
Michael VanBaaren
September 1, 2016
I bid you adieu,Uncle Dick. Smiling as I think of you dancing with my mom before you went to war in the basement at the house on Oakley street. She is laughing again. Her brother is home. Love to the Burt Family.
September 1, 2016
Uncle Dick was a sweet man. I'm glad to have heard him share his stories a few times. He will be missed.
Katie Paris Hasara
September 1, 2016
I'm so sorry to hear this news. What a wonderful, full like he had, though. I was in several of Mr. Burt's music groups over the course of five years from 4th through 8th grade. He was a wonderful teacher. My sincerest condolences to his family.
Eve Westvik
September 1, 2016
Showing 1 - 14 of 14 results